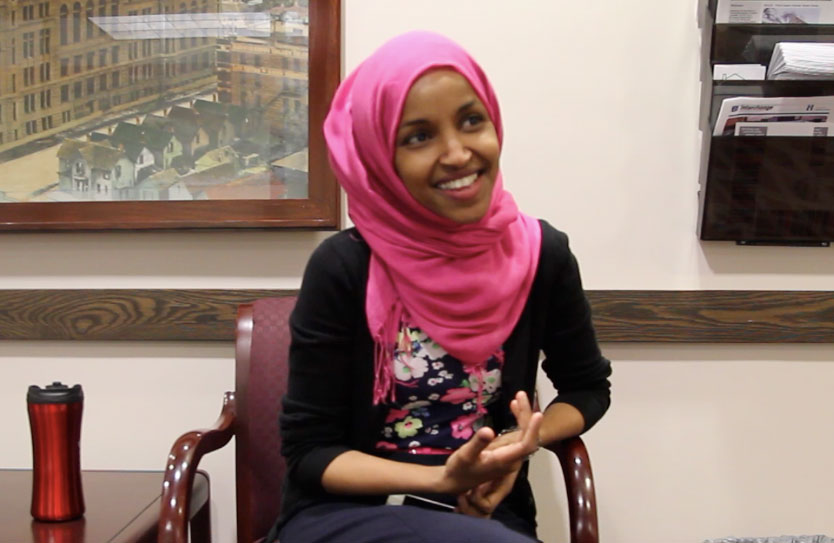 In order to make a life in a new world, communication is a necessity. Moving from East Africa, the majority of Somali refugees speak their native language, Somali, making learning the English language in Minnesota an abrupt and important part of the immigration process. “Easily the hardest part of adjusting to a new life in Minnesota is the language barrier that exists, which often means that these students will end up below grade level in other subjects, and make their formative schooling years that much more challenging,” Jocelyn Pickreign, Assistant with the Somali Parent Association, said.

Some, like Omar, are able to overcome this barrier in a miraculously short amount of time. “Within three months of moving to the United States I was able to communicate effectively with Americans, and close to six months after arriving, I became proficient in the language,” Omar said.

When Omar first moved to Virginia in the 90s, she had a very limited knowledge of what she should expect from her new home. “I only knew two English words: ‘Shut Up’ and ‘Hello,’ which wasn’t a very good combination. In my high school yearbook my teacher wrote, ‘Shut up – Ilhan,’ and then four years later, ‘Hi I’m Ilhan, and I want to be president of the United States!’” Omar said.

As a child, Omar was expected to attend school after settling in and attended the local public school in her area, where there was only one other Somali student. “It was lonely in Virginia––I had no friends or family there,” Omar said. “The other Somali girl didn’t speak Somali because her family had come over before the war, so it was just my sister and I.”

This lack of understanding proved difficult for Omar. “Somalis are a very vocal and vibrant people who like to talk with their hands,” Omar said. “Which was sometimes interpreted as aggressive by the administration at the school. Needless to say I ended up in the principal’s office a few times, simply because people couldn’t understand what I was saying.”

In spite of the obvious challenge, Omar was able to fight against her obvious setbacks to try and adjust to her new environment. “It was extremely difficult for the first year or so. My sister and I would come home crying every single night, and our father would simply tell us that we needed to learn English and to learn the new culture in order for it to get better––he was right,” Omar said.

Omar’s father proved influential in Omar’s decision to work at learning English. “I really took what he said to heart and decided that I could be miserable, or I could start to try and learn,” Omar said. “My sister and I would watch American TV with the subtitles on, and then pause and look up words in the dictionary; we would try and construct phrases in English that we could say and then tell them to our father (who was fluent)––we weren’t very good.”

Unfortunately, this impressive example is not nearly as replicable with the entire Somali community. “I know that my situation is not like the majority. It’s hard to learn a new language––the majority of American students will never become close to proficient in whatever foreign language they study––but I think that it’s an integral aspect of becoming part of a new culture, and an important step that’s accelerated by necessity,” Omar said.

In keeping with this same idea, Parent Advocate Omar Ali sees the transition similarly. “The first two or three months is very difficult, but we succeed,” Ali said. “In this country, the key is education. Without an education, you cannot challenge people for a job.”

I know that my situation is not like the majority. It’s hard to learn a new language––the majority of American students will never become close to proficient in whatever foreign language they study––but I think that it’s an integral aspect of becoming part of a new culture, and an important step that’s accelerated by necessity.”

For the majority of Somali Americans, education is seen as the vital link between work and success. However, sometimes accessing an equal education to their American counterparts can be a challenge. “The language barrier is the biggest issue,” Pickreign said. “Somali students have the same struggles––a lot of the same things are confusing––they just have the language barrier to combat on top of it.”

Beyond the inherent difficulties with education for any immigrant community, there exists systematic barriers to accessing an equal opportunity for the Somali community specifically. “Housing, education, discrimination, and representation all remain key issues that we as a community still need to tackle,” Ali said.

All of these issues will take time to tackle––something not easy to deal with when such vital services are in play. “The challenge is that you will not be able to immediately get all that you want,” Haji-Husein said, “which is something that is hard for a family coming here for the first time to understand.”

True progress has been made despite the hurdles to overcome, which has contributed to a mindset shift within the community as a whole. “Now our community is in a satisfactory state, which means that it is now time for mutual support––for us to help our fellow brothers to be more successful,” Haji-Husein said.