Money is vital to any community––especially for a budding immigrant community in America–– in defining a new life in a new country through a steady source of income from a reliable employer. This vision is difficult to attain if coming from an entirely different country and culture, seeking to make a mark in a new community. “We need to get jobs right away, but sometimes it is hard to find work, and sometimes there are problems with the work there is,” Ali said.

Even applying for a job or searching for one is a hurdle to be crossed for new Somali immigrants. “One of the biggest problems with employment is that most companies want you to apply online, but a lot of the new immigrants are not able to do this because they don’t have access to the internet in their homes, or transportation to get to a library,” Haji-Husein said.

There are some Minnesota companies that have accommodated to the Somali community’s needs. “We have a relationship with Cub Foods where they know our organization and hire Somalis, we also have companies who support us and will work with us to help Somalis get jobs,” Ali said.

Somalis have unique challenges in seeking to assimilate into American culture in part due to cultural and religious traditions different from the majority of Americans. “It can be difficult sometimes to work with local companies that have problems with the hijab, or prayer time, which are both religious requirements,” Haji-Husein said. “It can be difficult for them to understand these aspects of our culture and how they are important to us.” 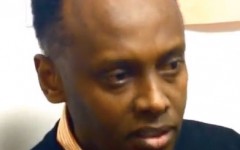 99 percent of Minnesotans are extremely nice and we want to thank them for all that they have done for us.”

Misunderstanding doesn’t solely exist in the private sector, but also on the streets as well. “After 9/11, you would go to a bus stop and people would look at you and tease you, but 99 percent of Minnesotans are extremely nice and we want to thank them for all that they have done for us,” Ali said.

Similarly, there are misunderstandings and discrimination from the Minneapolis Police Force. ““Police enforcement is a big problem. When you call the police they will not come quickly; when they arrive they will have a negative attitude. I have had several incidents in my office, and the police have treated me badly. I have even contacted their superiors, but we come across the same issue,” Haji-Husein said. “We worry about the security.”

Profiling is also a major problem for the community. “Sometimes when you drive the car, the police just follow you because you have a hijab or look foreign and will find a reason to stop you and give you a ticket––it affects your record,” Ali said. “We just expect equal treatment like everyone else.”

In seeking to help remedy some of the major qualms within the community, the Minneapolis Police Force has taken steps to become more representative of the culture and background of the community they seek to protect. “There are now two Somali officers in Riverside, which helps immensely since they know our language and they know our culture––we can explain to them our issues,” Ali said. “We need to have greater representation in the police force for more justice.”