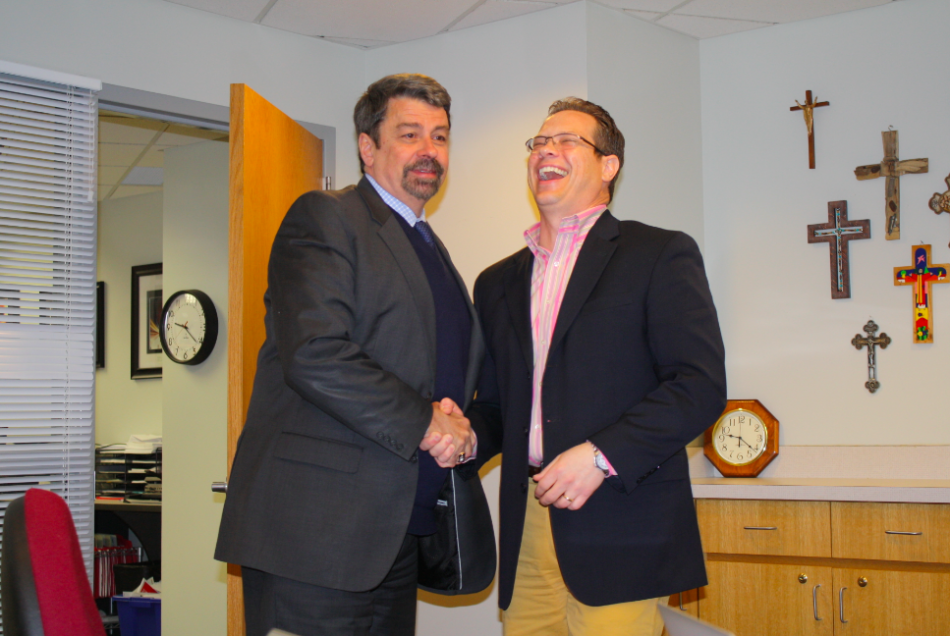 President Bob Tift bursts into the room mid-interview, “Bottom line is, he’s a great guy, and he’ll probably call more snow days than I do.” President Tift is of course referring to BSM’s new President Elect for the 2014-2015 school year, Dr. Kevin Gyolai. All jokes about snow days aside, the amicability between the two is undeniably apparent. The two presidents seem like long lost friends; they shake hands, share a laugh, and one can tell that Dr. Tift is confident with the future of BSM in Dr. Gyolai’s hands.

A true scientist and wonderer, Dr. Gyolai holds a Ph.D. in cellular and molecular biology from North Dakota State University. His upbringing in Western North Dakota fostered a sense of inquisitiveness and a passion for the sciences within him, which is what ultimately influenced his future in the sciences. “[I] spent a lot of time out on the prairie along the rivers, just sort of wandering…so I think I developed this real sense of curiosity and that’s probably why I went into science,” said Dr. Gyolai. 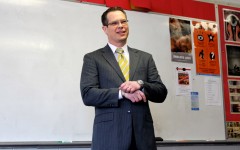 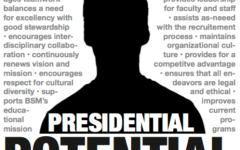 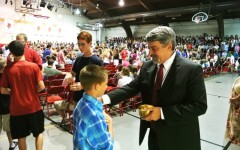 After 12 years as president, Dr. Tift prepares to say goodbye

This curiosity was matched with a disciplined, dynamic, Catholic education that he received at St. Mary’s High School in New England, North Dakota. Attending a school run primarily by School Sisters of Notre Dame, Dr. Gyolai recounts how the spirits of these women influenced him positively. “I so admired them because they were highly educated women, they all had master’s degrees. They were tremendously disciplined as you can imagine nuns would be, but they loved to have fun. I remember so clearly they would play kickball with us, and we’d sing these songs, and they had a little streak of independence and free spirit about them.” Dr. Gyolai continually stressed the importance of high school and its responsibility to educate and train students in solving real world problems and being the next generation of servant leaders to solve global problem.

It’s easy to see how the North Dakota native secured this presidency; he exudes leadership sensibilities and enthusiasm for Catholic education. His passion for leadership stems from his life influences including Abraham Lincoln and the President of Gyolai’s alma mater, Dr. John Richmond. Specifically, he cites Mother Theresa among his biggest inspirations when it comes to maintaining optimism and faith, “If you read her diary and her writings where she really questioned a lot about ‘can there be a God?’… She would basically express that she had some real doubts and worries and still she had faith to move forward and keep doing what she knew in her heart she had to do as a person to help others,” said Dr. Gyolai.

Mother Theresa’s inspiration as a critical thinker comes through clearly in Dr. Gyolai’s educational outlook and background. Dr. Gyolai’s science degree has been met with some concern as to whether BSM’s priorities will shift towards the sciences. “I think there might be a little bit of anxiety on the campus to say ‘Wow, they brought in a STEM dean and a scientist to be the new president, does that mean we’re switching things from our mindset to more of a STEM side and a science side away from liberal arts? The answer is no,” said Dr. Gyolai.

Dr. Gyolai’s science degree was achieved in a liberal arts background, so he recognizes the important critical thinking skills that the arts bring to students. The future president ensures that his background in sciences will undoubtedly strengthen the STEM system within BSM, but will by no means obscure our liberal arts dynamic. He wants to make sure that the same critical thinking skills he’s received from his education are fortified and present within BSM’s curriculum.“My time as a scientist was in a liberal arts environment…and that fits very well into the organization at BSM, and the Catholic intellectual system. In liberal arts you learn to think critically; it’s important that we teach students that it’s okay to feel confused, to be comfortable with ambiguity,” said Dr. Gyolai.

As Dr. Gyolai enters the BSM community, he is excited to welcome his four children, who have already been accepted, as well. He hopes that the strong Catholic values of BSM are imparted to them. “What I hope they get out of it is what I hope all BSM students get out of their education…a dedication to raising a young person in body, spirit, mind,” said Dr. Gyolai. As Dr. Gyolai prepares for the BSM’s presidency, he makes sure to always maintain a sense of humility and acknowledge this opportunity as a gift from God. “It was a calling for me, a vocation…I’ve been telling people that I really think this was a tap on my shoulder by the Holy Spirit,” said Dr. Gyolai. 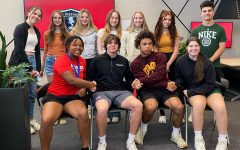 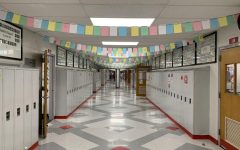 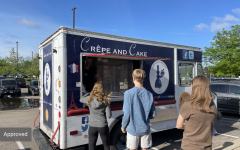 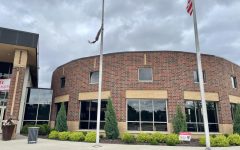