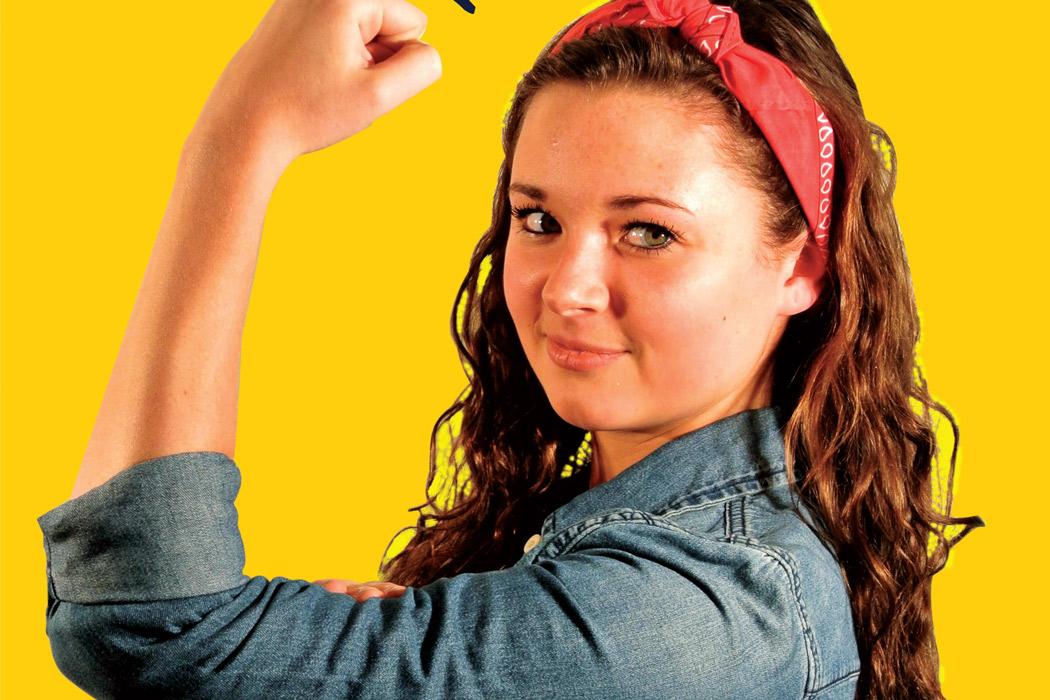 The iconic Rosie the Riveter image has been a symbol of feminism since World War 2. (Ryan Applehof)

The iconic Rosie the Riveter image has been a symbol of feminism since World War 2.

The importance of feminism can’t be ignored

Some scoff at the idea of feminism, assuming sexism isn’t as severe an issue as it is made out to be or that inequality doesn’t exist at all. Some applaud feminists, knowning full well that equality is far from reality. And some are feminists, arguing that women are not only equal, but that antiquated double standards are rampant throughout society and must be eliminated. But many fail to notice sexism as an issue and ignore the feminist movement all together. Everyone needs to realize feminism is important.

I grew up with a stay at home dad. Every morning, he brushed my hair, made my lunch, and sent me off to school. In the evenings, he made dinner and folded laundry. My mom has always been the breadwinner, and I never questioned this situation––it was just how we did things.

I think it is the responsibility of all women and really all men to be champions of equal rights for all people and not just women vs. men or people of color vs. white. I’m a woman. Why wouldn’t I stand up for what all people deserve?”

It’s remarkable how willing people are to dole out judgment simply because someone’s situation is different. Sure I noticed the discrepancy between moms who helped out at school and dads that did. But my family didn’t cross my mind as unusual until I began to notice the disapproving looks of which I was often the recipient.

My mother working has never cost me any sort of maternal love or attention and my dad being at home has never prevented my femininity. In fact, it is this situation that inspires my own views of feminism. I have nothing but disdain for society’s imposed gender roles. Women and men should never conform to the pressures of an antiquated society. Historically, feminism has come in several waves, each championing the rights that women should be granted. In the earlier stages, these rights were the most basic political freedoms like voting and equal standing under law.

More recently, feminism deals with the perpetuated societal norms––double standards. Take, for example, a new campaign, supported by former Secretary of State Condoleezza Rice, Beyonce, and the Girl Scouts, to ban the use of the word “bossy.” Where men in leadership roles are called determined and tenacious, women are called bossy. “A lot of kids have a dad as a breadwinner, but having a mom in that position, I see women as almost more capable than men because they have more personal qualities that make them easier to work with,” senior Nick Birney said.

Despite growing enlightenment, stereotypes persist. “I’ve experienced that with some students whose families are very male dominated or traditional, I have had some students, especially male, who just do not respect female teachers. They don’t see them as a source of expertise and their behavior is vastly different,” English teacher Ms. Paula Leider said. It is this type of sexism that feminism aims to eliminate.

In the professional world, women are not expected to excel in traditionally “male dominated fields.” “I can tell that occasionally people who don’t know me question if I’m serious enough to make it through my degree, if I will make it to the end without switching out,” BSM alum Nicole Sauer, a chemical engineering student at the University of Minnesota, said. 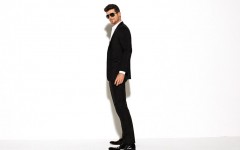 These continuous messages extend into gender roles. My family is viewed as unusual because my parents choose to reverse their anticipated responsibilities, something that often makes people uncomfortable. We are told that it is a woman’s job to be at home. “There are definitely the social structures in our country that women stay home and men work. There isn’t this expectation that a man would even want to stay home,” Ms. Leider said.

Most of these stereotypes are rooted in our childhood upbringings. “Dads take their sons into the garage to fix stuff or build stuff, not their daughters. We are trained from a very young age what we are supposed to like and how we are supposed to think,” Sauer said. It is those who break these barriers, like Sauer, that push feminism into new bounds.

The feminism movement itself comes in many forms. “I think women should get equal pay and with that they should be expected to do all the same things that men do,” junior Maureen Desmond said. In other ways, feminism is merely the push for women to gain traction at all.

However, the movement itself is not always supported. “My main objection to feminism is it’s connection to left wing politics that is completely unrelated to feminism. I don’t hate women, I just don’t like the movement,” senior Ryan Kelly said. In recent waves, feminism has drawn attention for being very leftist.

There is simply too much history to overcome with ease. The very essence of our society is built on the assumption that males are not only superior, but will always dominate. It is these foundational errors that feminism aims to remedy. “My students often ask me ‘well are you a feminist?’ and my response is always, well, I am a woman. I think it is the responsibility of all women and really all men to be champions of equal rights for all people and not just women vs. men or people of color vs. white. I’m a woman. Why wouldn’t I stand up for what all people deserve?” Ms. Leider said