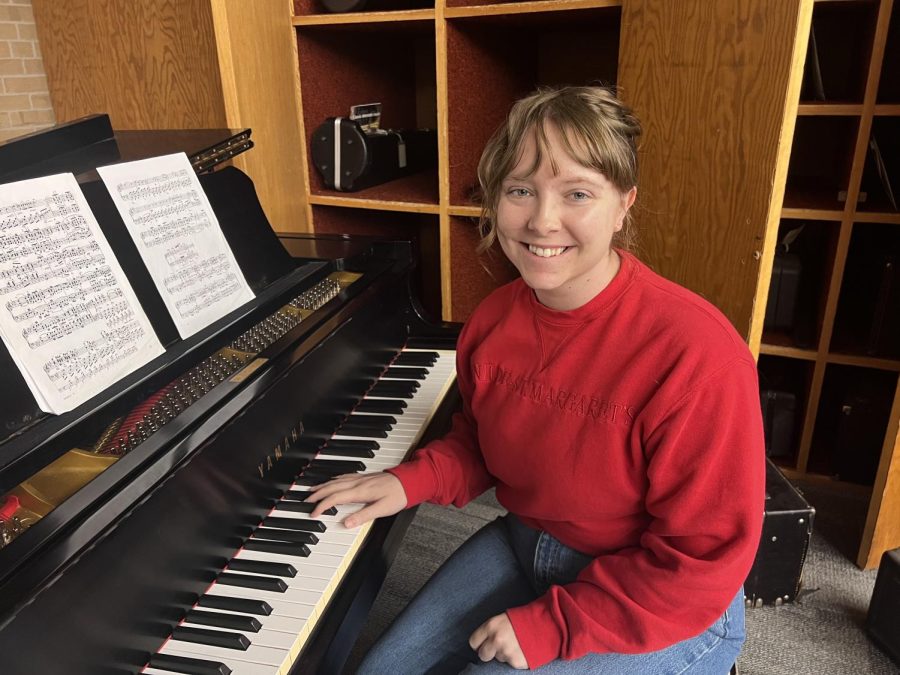 Both Ms. Gruba’s experience and love of music make her an excellent candidate for band director. “I remember thinking that it was just so cool that music could bring so many people together, despite how well or not you can understand each other…And I remember thinking that if I could create that environment for students that that would be a really cool job to have,” Gruba said.

Coming from a small town in North Dakota, the transition to a larger school has been one of challenges but also positive changes. “I like the bigger class sizes. I like that it’s a bigger school with more opportunities for students. And while that does create scheduling problems, it’s better for the students overall to have more choices and more opportunity, but I also like that it’s not such a big school that the music department is over here and doesn’t interact with anything else,” Gruba said.

As Ms. Gruba described her thankfulness to be at BSM, she also described her appreciation to continue teaching. “I think one of my favorite things about education is that as a teacher, you also never stop learning. So it is your job to teach the students but it’s also your job to learn from the students and remain open minded. And I think that that is something that helps me a lot as a teacher because it helps me relate to students, it helps create a more equitable classroom where all the students can feel like they’re being heard. I really enjoy getting to be around kids every day, and then not having to take them home with me. It’s great,” Gruba said.