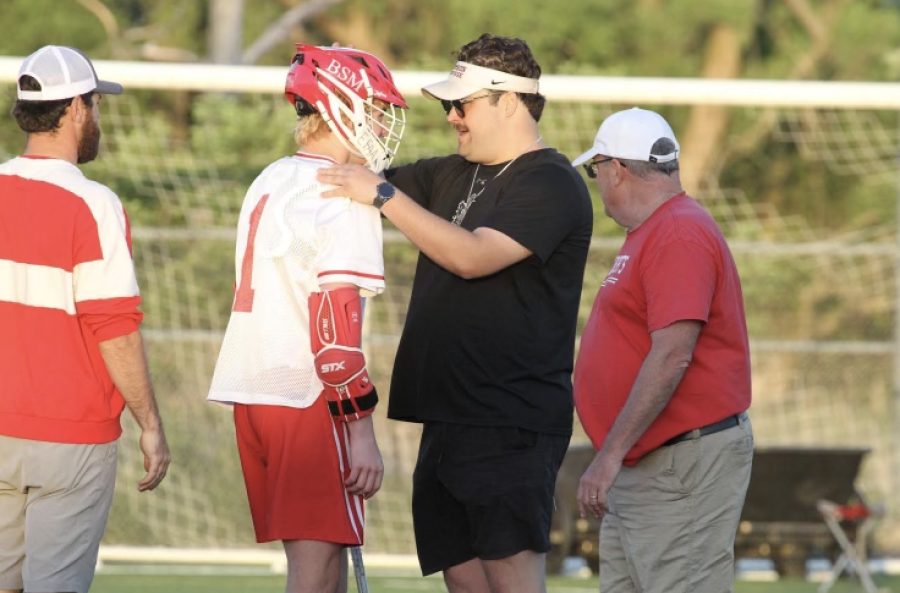 Weichert previously coached as the Head Coach at Maple Grove for 3 seasons, and recorded a record of 25 wins and 6 losses. Though Weichert found success at Maple Grove, coaching at BSM had been a long term goal. “Benilde has been my dream school since I was 19 years old. I’ve always wanted to coach at Benilde up to now, it’s the pinnacle of lacrosse in Minnesota,” Weichert said.

Weichert’s plans for BSM even go beyond just winning Championships. “The biggest thing that Minnesota [Lacrosse] needs is more national recognition. And I think probably one of the better ways to get there is with Benilde,” Weichert said.

Weichert has always had a passion for making an impact on people, and coaching is his way of doing it. His philosophy is different from many, as his focus is on the impact left on his players. “For me it’s about helping players with their grades, with their schoolwork, and then just with life, you know, as it comes at them and helping to guide and mentor through high school and beyond. And that’s been the most rewarding part of coaching for me is actually what happens beyond high school,” Weichert said.

While some players may have been upset when being informed about the previous defensive coordinator Chaun Klemetsrud retiring, there is a certain type of excitement that comes along with the next chapter. “When me and the guys learned that Coach Chaun was leaving, we truly were heart broken, especially after our past couple of big seasons. While it was hard to say goodbye, I’m glad that I get to be a part of the new era,” senior captain Caio Stephens said.

Stephens has been playing for a club lacrosse team, where Weichert also coaches, for the past 3 years and has had a connection with Weichert ever since. “I’m actually really excited to get a new defensive coordinator that I’ve been training under and just worked for a lot in these recent years with True Minnesota. Coach Joe has been a major part of my individual development,” Stephens said.

Many others also have been able to make a connection with Weichert as well, “One of the many exciting pieces about Coach Joe coming in is that a lot of us have a connection with him through the [True Minnesota] program. I know Sky [Rold] and Carsen [Brandt] have also trained and built a great relationship with him too,” Stephens said.

Weichert and Stephens have similar interests for the defense in the upcoming season. In summer and fall practices the philosophy of the style of play changed and it will roll over into the season. “Just a little take up the dog mentality of this is our side of the field. It’s not yours. Any offense. It’s not yours, right? We will dictate the whole game. Because we’re just meaner than you,” Weichert said.

Stephens has high expectations for the defensive play, “We will be the single most aggressive and mean team in the state,” Stephens said.