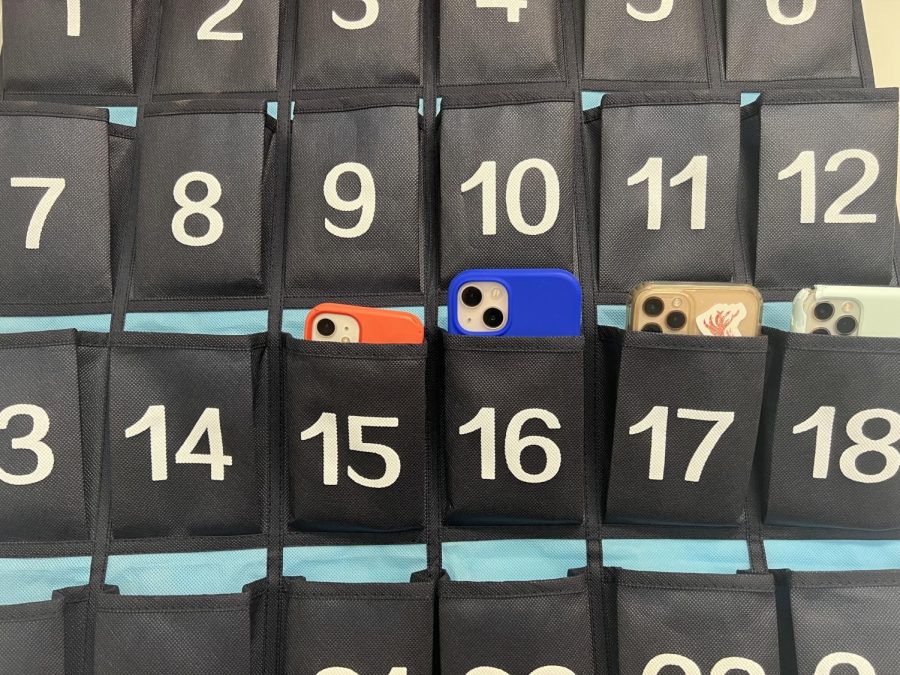 Buzz…Buzz…Buzz. During the school day, students’ phones are constantly blowing up with notifications. It is tempting for students to check these notifications, so BSM made a compromise. As of this school year, using your phone is now allowed under certain circumstances. When students are in the hallways, in a common space for their free hour, or at lunch they are allowed to use their cell phones. However when they are in class, they must put their phones in numbered sleeves that hang in each classroom.

Last year, cell phones were not allowed to be used for the entire school day without special permission from a teacher. Students were encouraged to just keep their cell phones in their lockers. “I’m glad that we’re finally able to use our phones out in public spaces because I got my phone taken away last year for checking the time while playing basketball,” Senior CJ Sauer said.

When a student was seen using a phone last year BSM faculty was supposed to take it from the student and turn it in to the front office. After that day, the student was required to turn their phone into the office everyday for a certain amount of time depending on how many times their phone had been taken. To get around this punishment, some students tried to turn in fake phones. “Last year there were so many phones in the front office and so many kids turning in fake phones, and it just seemed like the punishment was too long for the crime,” Senior High Principal Stephanie Nitchals said.

Due to the issues last year, the school’s administration decided it was time for a change. They gave more freedom for phone usage for times when students aren’t in class. They also made it harder for students to use their phone during class by making it mandatory for them to put their phones in the designated phone storage unit before going to their seat. “It’s not realistic for anyone anymore to never use their phone all day. So I think we just needed to modernize our policy,” Nitchals said.

Now that students can use their phones during the day, they are using them for a plethora of things. They use it for stereotypical teenager things like social media and texting friends. However, they also use it for other personal reasons that parents and teachers may not expect. “I use [my phone] a lot for scanning and also communication with the football team… and also stuff outside of school like for work to check when I have to work next,” Sauer said.