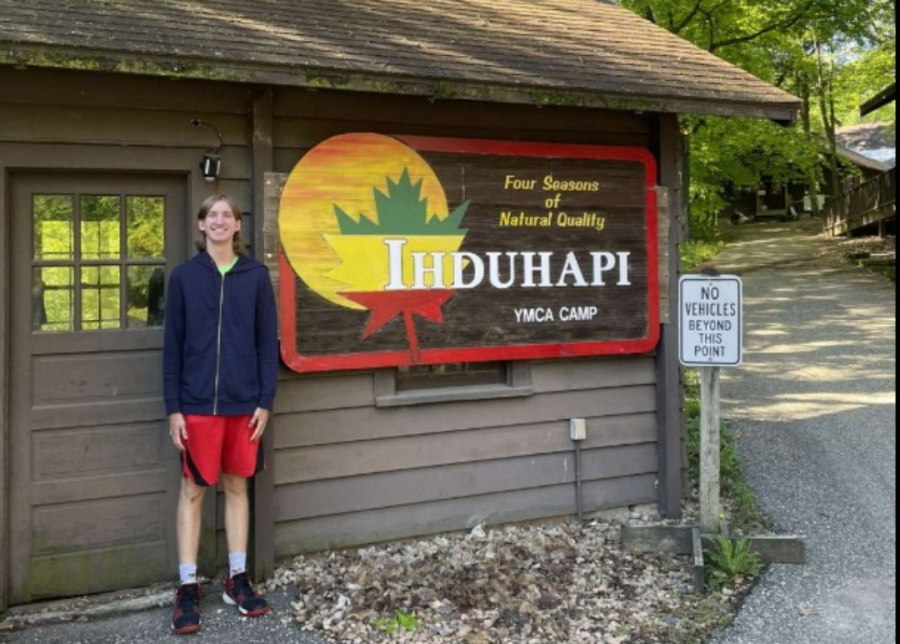 The retreat was at camp Ihduhapi YMCA. “BSM has been doing retreats at Camp Idhuhapi for a very long time. It is a great space for the activities that we do on the retreat.” Campus Ministry Retreat Coordinator John DeLozier said in an email interview.

During the retreat, students would break into small groups, led by their peers in the junior class. They would do various activities with their small groups like talking about what they are excited about for senior year, talk about which teacher they think should be president, and other items. We would only break up 3 times but not for very long. “ I think the amount was good but longer time,” junior Joe Aamoth said.

The junior class also had the opportunity to hear Betsy Van Cleve give a speech. Besty Van Cleve is the Associate Director of Admissions. She works with families that are interested in sending their kids to BSM. She talked about how she lost two of her classmates so young and it wasn’t expected. As well as saying how great she thinks this class will be as seniors. She said a lot of amazing things. “Ms. Van Cleve was really passionate about how she wanted us to be good leaders,” junior Nathaniel Litts.

The last big activity that the students did was a scavenger hunt. The juniors split into our small groups for this. You had to solve different types of puzzles and run around for different teachers and Ms. Dalhstrom. Each time you would break a puzzle you would receive two letters and you would need 14 letters to win. The winner would get a candy bar. Two groups tied winning the scavenger hunt. One of the winning members was junior Danny Gelling. “I felt good because I helped my group win,” Gelling said.

They were a ton of great items that people loved during the retreat. The retreat had so many things that blew them away. One student took away a certain object from the retreat that they enjoyed. “Being outside in nature,” junior Edward Pechman said. Another student experienced something that they loved. “I enjoyed the small groups because it was normally people who I would not talk to and I got a chance to talk to them,” junior Tory Hatcher said.