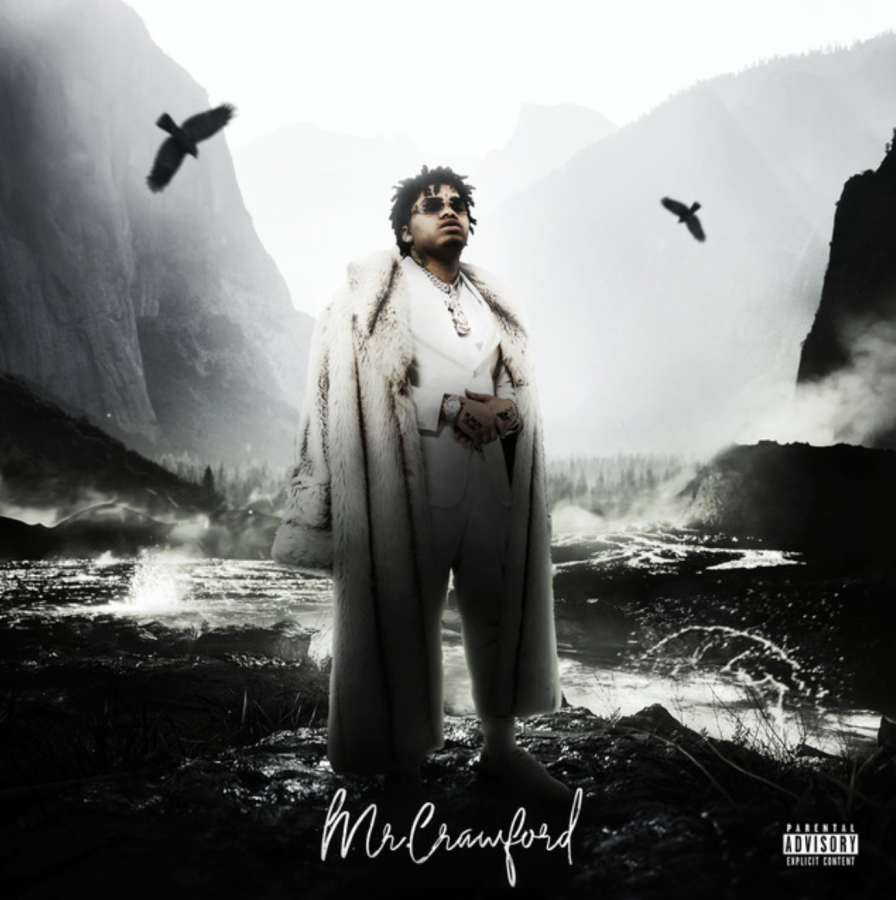 Upcoming rapper and Alabama native NoCap just recently dropped his fifth studio album, Mr. Crawford. After dropping hot singles like Vaccine and 200 or Better he was on fire and decided to drop an album. This album has done well in the first week as its expected to #2 on the Billboard 200 right behind Future’s “I NEVER LIKED YOU.”

This album was a great album and it had great appearances by famous rappers as it featured both Young Boy Never Broke Again on Flags to the Sky and Kodak Black on Save the Day. These appearances definitely made the album better. He also had some phenomenal producers on this album. Some of them were Go Grizzly, RMG Nu, and Kookup. Out of the two features I enjoyed Kodak Black’s the most because the two just had great chemistry on the song and it flowed together really well.

My top three songs on this album in no order are Grenade, Untouchable, and Very Special. I really enjoyed Grenade because the song has a chill flow to it and you really have to listen to the lyrics to see how good it is. The word play on this song is amazing as he said this bar “Wanna be rich like (Russell), mama said, ‘You (will son), one day.’” The next song is Untouchable. I like this song because he’s talking about how he feels; he’s speaking his mind on this song and he’s saying he’s in pain mentally. He has a few other songs on this topic but it’s good for people who are feeling the same way so they can relate and know they aren’t alone. The last of my top 3 songs is Very Special. This song is an upbeat, windows down blasting it as you drive type of song. The lyrics are good as well. He talks about all the good stuff, how he feels good, and how he owns all these expensive things he used to wish he had. That’s why I like it, because he made it and he feels Very Special and for good reason.

All in all this album had some pretty good production and great wordplay. I would rate it a 9/10 only because a few songs I didn’t like, but other than that it was a great album.