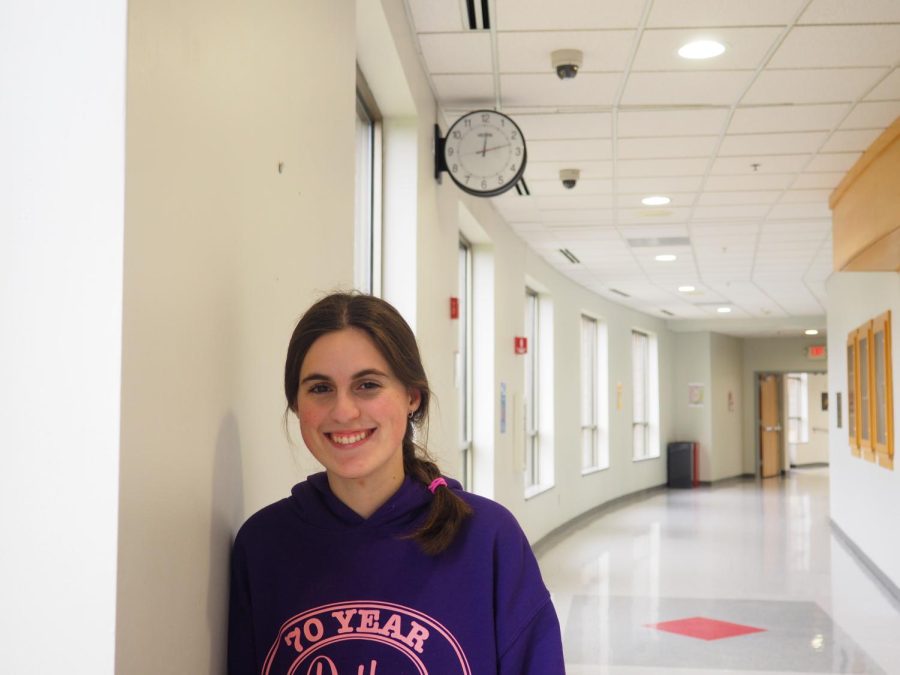 Every year, BSM recognizes the hard work and dedication of a select group of students with a special title: valedictorian. Senior Catherine (Cate) Duffey is one of seven valedictorians in the class of 2022.

Despite it always being a goal for Duffey, being one of seven valedictorians still feels special, as her high school experience was far from normal due to the ongoing COVID-19 pandemic. “It feels great [to be a valedictorian] because I didn’t think it was gonna happen a few different times and then it did. And also I feel like I worked really hard and even missed out on some things to be a valedictorian,” Duffey said.

While being named a valedictorian is difficult enough as is, especially when having taken six AP classes and five honors classes, Duffey finds an added layer of difficulty added on top due to her ever present drive for perfection. “It’s been really hard because I’m a perfectionist, so I just put way too much pressure on myself and caused myself to freak out a few times when it was unnecessary,” Duffey said.

Duffey is unique in that her hardest class has also been her favorite class––AP Calculus BC. “I got a C on one of the tests and everything went downhill from there. I had a 94 going into the final and then I thought I failed the final because I didn’t even finish it,” Duffey said.

However, despite the difficulty, the small number of kids that comprises AP Calculus BC is what makes it so special. “Even though I said it was the hardest class, I have to say AP Calculus BC [is my favorite class] because I think there are only 11 kids in the class and it’s just really fun to talk to everyone and we all go through the hard class together,” Duffey said.

Duffey finds the title to be a nice recognition of her hard work over the past four years, but there is more than a title that she will take with her on her next adventure beyond maintaining a 4.0 GPA. “It’s taught me that working hard is the most important thing, and even if I can’t always achieve everything, I know that I worked as hard as I could,” Duffey said.

During her four years at BSM, Duffey has become particularly close with, who at first was just her college counselor but over time became much more, Kate Berry. “Ms. Berry is just the best ever. She talks to me every week and she was there for me after that tragic calculus final. She’s always there whenever I have any problem. She always has great advice too,” Duffey said.

Berry has been lucky enough to witness Duffey’s growth over the years from freshman year all the way to senior year, and has enjoyed getting to know Duffey through the ups and downs of high school. “Cate lives every day with immense integrity. She has an intense drive to succeed academically but not at the cost of sacrificing her personal values or ethics. She has a strong moral compass that has guided her decision-making in really wonderful ways over the past four years, and she has great empathy for others and is kind to all,” Berry said.

While Duffey is sad to leave behind the BSM community, in which she has found great friends and connected with old ones, next year, she is excited for her next chapter. “I’m going to be attending the College of St. Benedict and I’m undecided, but I’m interested in maybe psychology or something business related,” Duffey said.