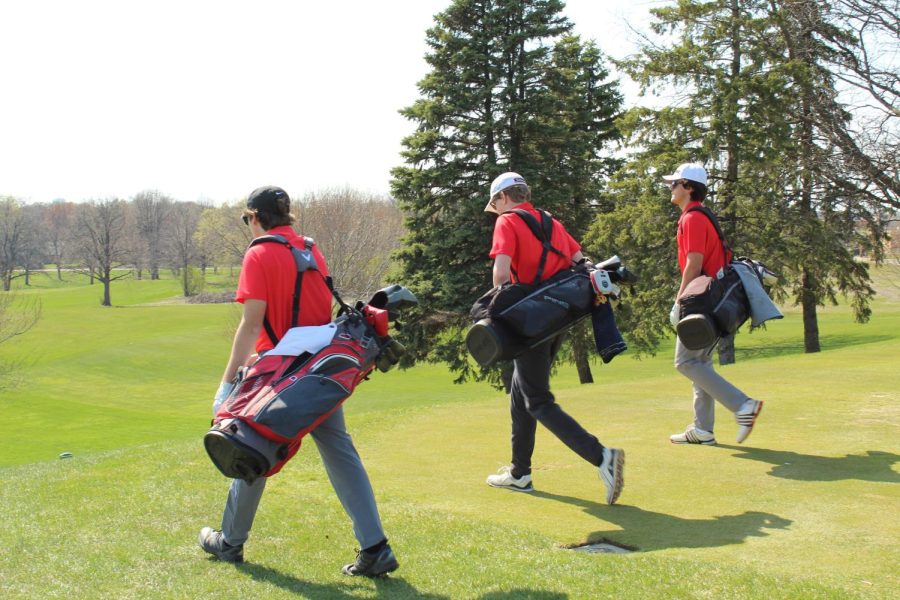 Boy's varsity out on the course for practice at Meadow Brook.

The BSM Boys Golf team recently kicked off their season, holding their first practice at Meadowbrook Golf course. This year, the Boys Golf team has talent ranging from all grade levels, with a majority of players being underclassman.

Golf team tryouts took place April 4-7, having their first match shortly after on April 20th. The team practices daily throughout the week and practices are held at a variety of courses. Some courses the team plays include Braemar Golf Course, Edina Country Club, and The Minikahda Club. The team also has 1-2 matches per week all over the metro area in which they compete against different teams from other schools. “We have 16 total matches during the season and they are held all over at different courses,” sophomore Charlie Moen said.

This season, the golf team has high hopes of making it to the state tournament. This year’s team has a lot of depth and talent compared to past years which they hope to utilize and help bring them to the state tournament. “[This year’s team is the strongest] since I came to BSM. I hope to play in as many matches as I can and have the team make state,” senior Ryan Gearen said.

Being a competitive golfer does not come as an easy task. Many veteran players say they spend significant time in the off-season practicing and perfecting their game. Moen, a team captain who has been on the team for two years, says his off-season routine consists of daily practice and healthy habits. “During the off-season I would try to hit golf balls for about ten hours each week. I’d putt and chip for about six hours a week. I also try to stretch a little each day to stay flexible,” Moen said.

Many players enjoy the golf team as it opens an opportunity for improvement and constant practice. The team’s practice style mainly consists of playing full rounds at different courses which allows players to play every day, learning and practicing new skills every round. “I really like how we play rounds for practice. It really helps me get better and it’s also fun to get out and play golf every day,” senior Bjorn Lervick said.