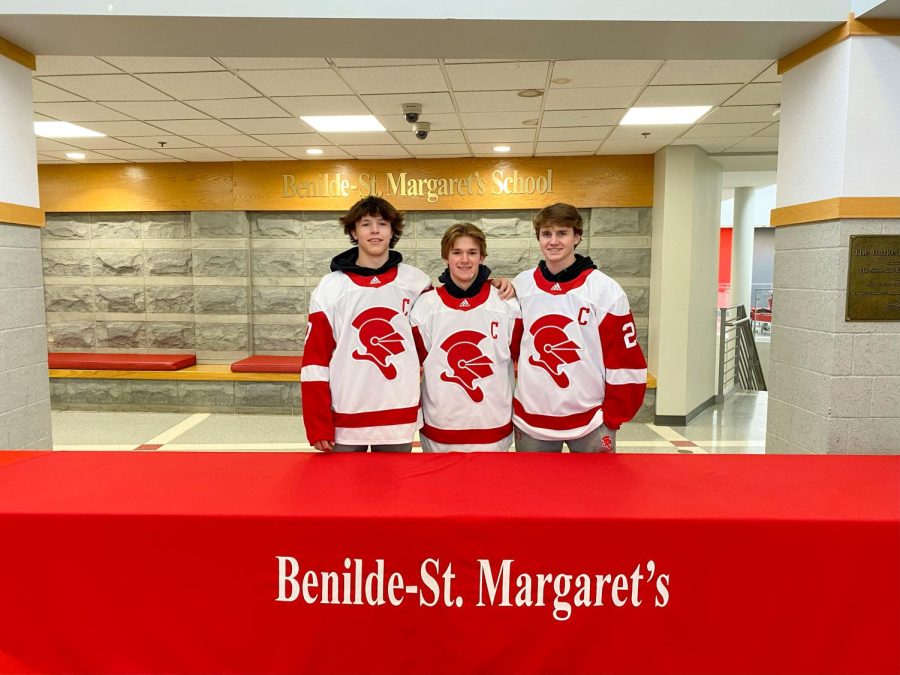 Giertsen is familiar with leading the team, serving as assistant captain during the 2021-2022 season. Last season, Giertsen contributed to the team with his high energy levels and dedication to the program, finishing the season with seven goals and nine assists for a total of 16 points. As an experienced leader, Giertsen will have a more prominent role in the upcoming season, building off his position as a role model to bring the team to new heights. While there have been his ups and downs during the program, the biggest roadblock Giertsen has faced throughout his time on the team has been an inability to make it to state. The team has lost the section 6AA final game four years in a row. “The biggest aspect of the season that could be improved would be being able to pass the third round of sections,” Giertsen said.

The team has shown their skill physically but now they must prove their mental toughness. One obstacle they must overcome is developing new team chemistry and the lost experience the senior class brought. This is something they want to focus on this summer. “We are going to be a pretty young team. I’m hoping that they can adapt to the high school speed. We can all just get bigger and better,” Giertsen said.

Baird had his first varsity appearances during this past season. Baird played a total of five games and collected four shots on goal. While he did not see as much ice time as others, he did make an impact off the ice with his energetic personality. Baird aims to become a leader in various ways, whether it was picking up his teammates when they needed it or setting a good example on and off the ice. This new perspective will be beneficial for the team, especially in hopes of achieving the section 6AA title. “I’m the type of person to get the guys going during a game, no matter the score,” Baird said.

As a newly appointed leader, Baird will be taking on many responsibilities such as showing the younger guys the way of the program, prepping everyone for varsity, dealing with potential issues, and keeping a good focus on the collective goal. Despite Baird’s relative lack of experience, he will continue to develop as a leader over the summer and meet his duties in stride. As a captain, Baird thinks it is best to have a role model, or a previous captain, you were inspired by. “I really liked Brady Yakesh and Tristan Sarsland. I thought they were good leaders and I also thought they helped me adjust in the game with really good tips,” Baird said.

Coach Ken Pauly found the third captain in current sophomore Drew Stewart. Stewart has been on varsity since his freshman year because of his quick speed and hand skills. During his time on varsity, Stewart has collected 52 points in two seasons; 21 goals and 31 assists. Like Giertsen before him, Stewart will be a junior member of the captain squad. The past two seasons, Stewart has created many bonds with the graduated seniors whether it was inside the locker room or playing on the same line on the ice. The next couple of seasons will bring many challenges and obstacles to overcome. “I will have to keep the team determined in order to succeed in our vision to take home the first place title,” Stewart said.

While most people understand why Stewart was chosen to be a captain, people who don’t understand can expect Stewart to practice and train his absolute best with a serious intention to win all while having a smile on his face. It takes a lot to be a captain, requiring leaders to have good qualities such as quick decision making, problem solving, and being able to dissolve any heated situation. “By staying focused and trying to lead by example, I think a bunch of people will try and look up to that and follow me,” Stewart said.