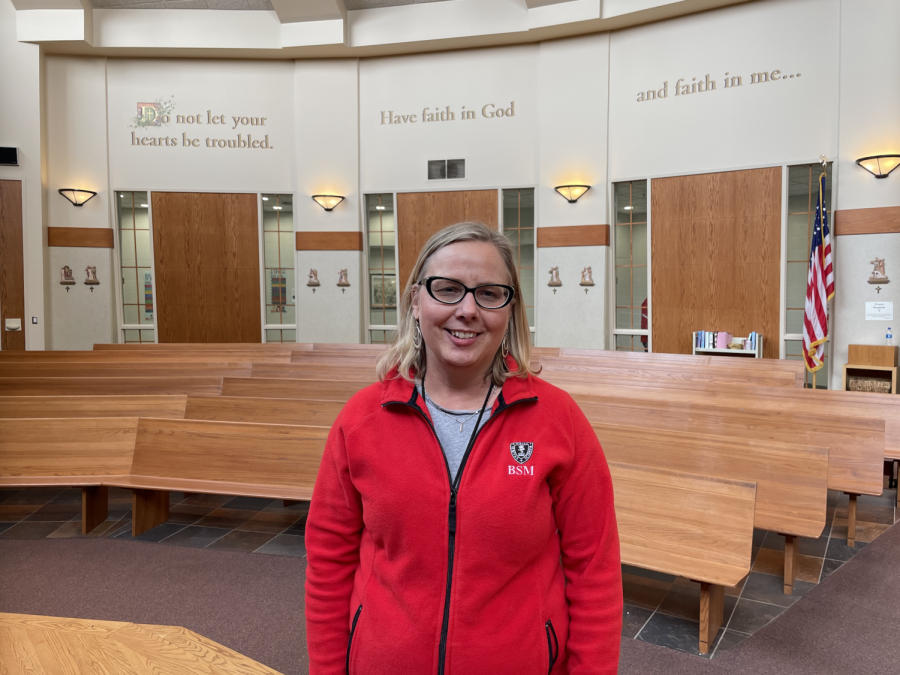 Lisa Lenhart Murphy will be taking over RKVC when Mrs.Meagher is on maternity leave.

Becca Meagher, Red Knight Volunteer Corps leader and coordinator has recently gone on maternity leave. The role is being taken over by the creator of RKVC, Lisa Lenhart-Murphy.

Lenhart-Murphy started RKVC 21 years ago and ran it herself for several years. As the roles of RKVC grew, they became too much for her paired alongside her various roles in the school. Meagher took over but Lenhart-Murphy still works with her when needed, and the two have maintained a good relationship. “I still work with her, but she does the permission slips, signup genius, emails, and all that kind of stuff,” Lenhart-Murphy said.

In the early fall of this school year Meagher asked Lenhart-Murphy if she would take over the roles of RKVC while she’s on maternity leave. Meagher thinks it makes the most sense for her to take on the role because she has experience with the role. “I’m already connected to it, so I’m happy to help her out on her maternity leave. Then she doesn’t have to be thinking about loose ends at work,” Lenhart-Murphy said.

Specifically, Lenhart-Murphy is going to help with getting t-shirts out, field trips, collecting and creating permission slips, along with other jobs. Lenhart-Murphy is going to take Meagher’s place in organizing the Presidential Volunteer Service Award as well, given to students with over 100 hours of service in the school year. Lenhart-Murphy loves the impact RKVC has had at BSM, with over half of the senior high at BSM involved in the program. “I love the longevity of the program…right now it is at the point where there’s always 450 or 500 kids…that’s what I like about it…we don’t have pizzas or doughnuts at meetings, you can’t get a letter for serving, its service for the sake of being apart of a catholic community and doing good acts,” Lenhart-Murphy said.