The Knightettes win sections, earning a trip to the state tournament 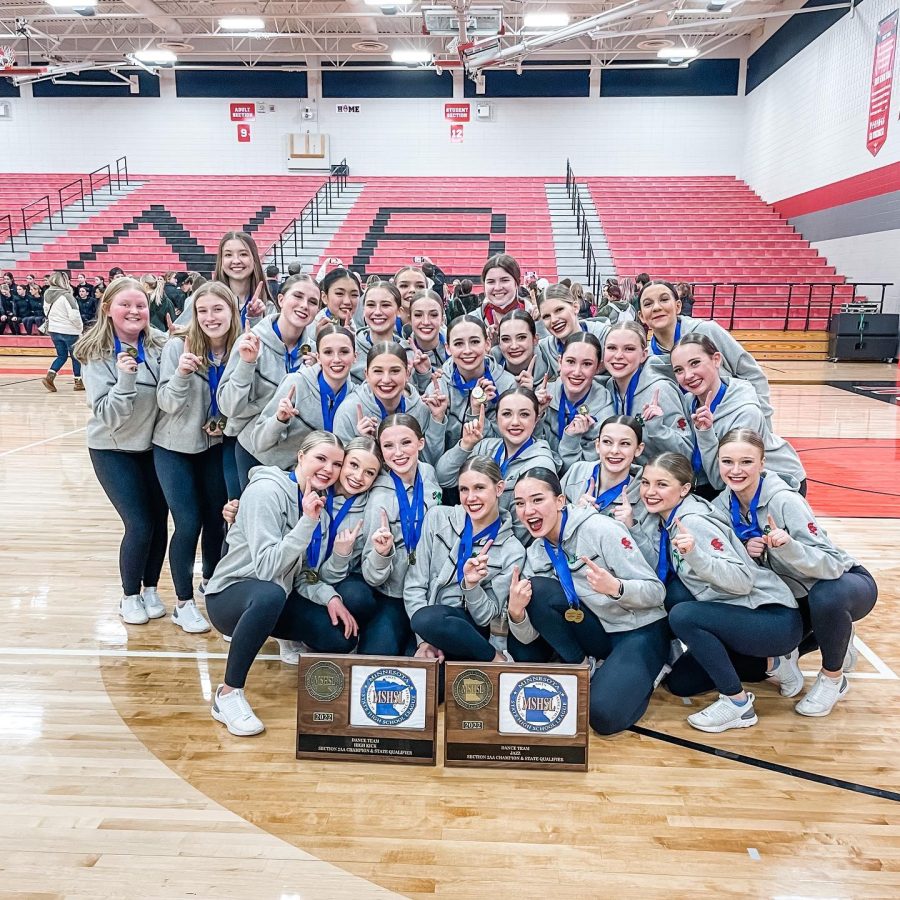 The Knightettes, jazz and kick section champs, are headed to the state tournament.

The past few years have been a whirlwind for high school athletes as things have been constantly changing, but one thing can be counted on: the enduring success of the BSM Knightettes, who won sections this year.

Senior captain of the Benilde-St. Margaret’s dance team, LoLo Landry, competed in her fifth 2AA section competition this past weekend and won. This year the dance team made a strong return from the pandemic years of competition as they won first place in both jazz and kick at sections. “It’s always exciting to win, especially this year because we got a really high ranking score which means we got first place from the judges. So instead of it being an ‘oh you barely made it,’ it was instead a very clear first and that feels really good because then you know your hard work is paying off,” Landry said.

Last year they won first in both competitions, but it was to be expected as their biggest competitor in their section, Totino-Grace, dropped out of the competition. The expectations were high this year as Totino-Grace returned to the competition. “Last year was really weird because our biggest competitor actually didn’t compete at sections, so it was kind of a given that we were going to win, and so this year it was really exciting that we won for kick because Totino-Grace was there this year. So it’s really exciting to beat them in kick because we’ve never done that before,” Landry said.

As the Knightettes progress to the state competition where all the best teams in Minnesota will be competing against each other, their anticipation builds. This year as things begin to return to normal they will be facing returning competitors that they have been unable to compete against through COVID-19. “The only pressure that I feel is we don’t see our other big competitors at sections…so it’ll be interesting to see how that plays out at state because we haven’t seen them in a bit, but it’ll be good because we’re ready,” Landry said.

The intensity of the upcoming state competition grows as it includes almost nonstop dancing from Friday night to Saturday night. The intensity that accompanies this environment requires that all the girls stay in hotels together downtown in order to preserve less time commuting and prioritize more time dancing. The opportunity to stay in a hotel this weekend with all their friends is also something that although intense, is going to be a chance for memories and bonding to occur throughout the team. “I’m most looking forward to being with my team the whole weekend because our coaches take our phones, so it’s really fun to connect with everyone,” Landry said.