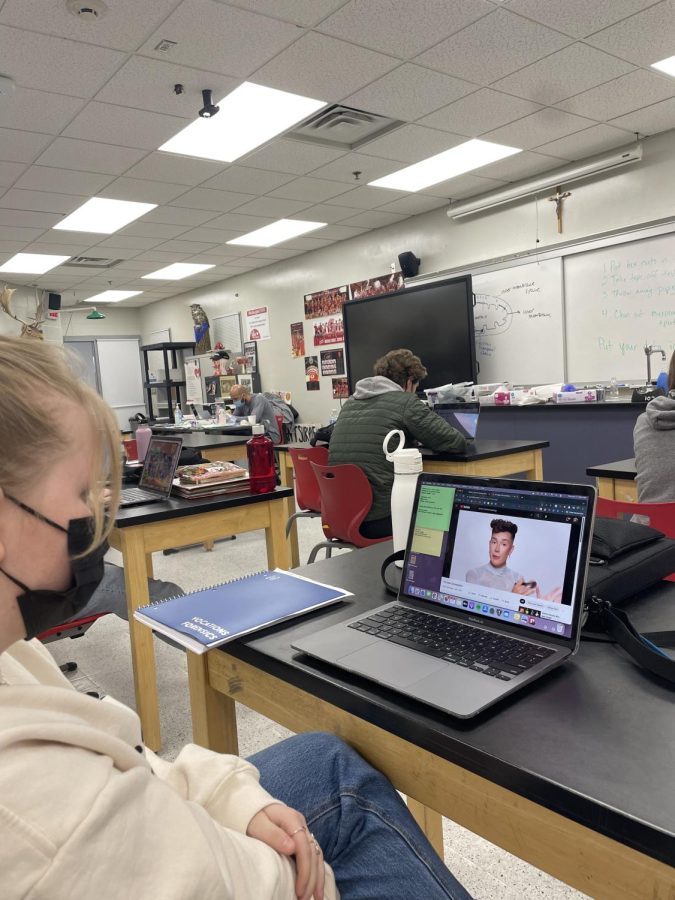 Many people, if asked, would be able to pick a favorite celebrity. But how often would this person have sound reasoning for why said celebrity is their favorite?

As teenagers, we often find the simple things inviting with nature. It’s easy to pick the most attractive person as decided by People Magazine and decide that you like them. It’s not so easy to pick a celebrity that cares about the environment or social justice and actually shares that with their following. A lot of times, the good things about celebrities are kept in the dark. So if no one really knows the good things, how can you like the good things?

For example, Logan and Jake Paul are two influencers that are famous for their immature and reckless behavior. For the beginnings of their careers they were YouTubers. YouTube, though an honorable profession and most definitely valiant work, is fading in popularity. As a result of that, you get influencers like Jake and Logan Paul who have changed with the times. They have progressed into fighting, like the violent kind that teenagers bet on. Logan Paul had a huge scandal surrounding his video in the Aokigahara forest, which is in Japan and known for housing ghosts and has become known for suicide. He went to make a video about suicide prevention, but ended up showing a dead body on camera, which completely shocked his viewers and the rest of the world. He apologized, but his YouTube career shortly came to an end after that. He started to come back into the public eye when influencer boxing became popular. Celebrities that change with the times and have no talent and depth do not deserve the public’s following and praise.
A celebrity with depth and talent would be Sandra Bullock. She has been consistent in her acting career, gives money to relief organizations, and has two adopted children. In the grand scheme of things, this might not seem like a big deal. The money that celebrities donates oftentimes goes unnoticed because it doesn’t seem like that much. Giving money is a great thing to do, but real action is how I would measure depth in a celebrity. It’s not easy to speak and act against the norm, but it is important. Adopting two children is no simple task and actually being a good mother to them is much harder. I think celebrities often do things because it will give them a better image, and it is one thing to really feel connected to a cause, but another to support or become a part of that group just because it would be the right thing to do in the public eye.

Another side to this would be that some celebrities have impeccable talent but they are not good people. Are we supposed to completely ignore them and their work? James Charles is very well known for his work in the makeup industry. He is extremely talented and has his own brand of makeup. Despite the fact that he has been exposed multiple times for inappropriate behavior such as racist comments and having mature conversations with underage male fans, he is still financially supported because of his talent. People still continue to watch his videos and purchase his products because he is entertaining and has good products, but he isn’t considered a good person. I think if someone makes amends, it is okay to support them but not forget what they did.

I think we should definitely care about the way celebrities act and treat others since they are in the light so much as role models and examples. I also think that if we are going to hold celebrities to high standards, we should hold everyone to the same standards. I think if we are going to support celebrities with talent but bad character, they have to at least be nice to their fans. There is a lot of gray space in good character with celebrities, but I think you should hold the people you fangirl over to the same level that you hold yourself and your friends.