BSM BOWLING closes out on a fun season 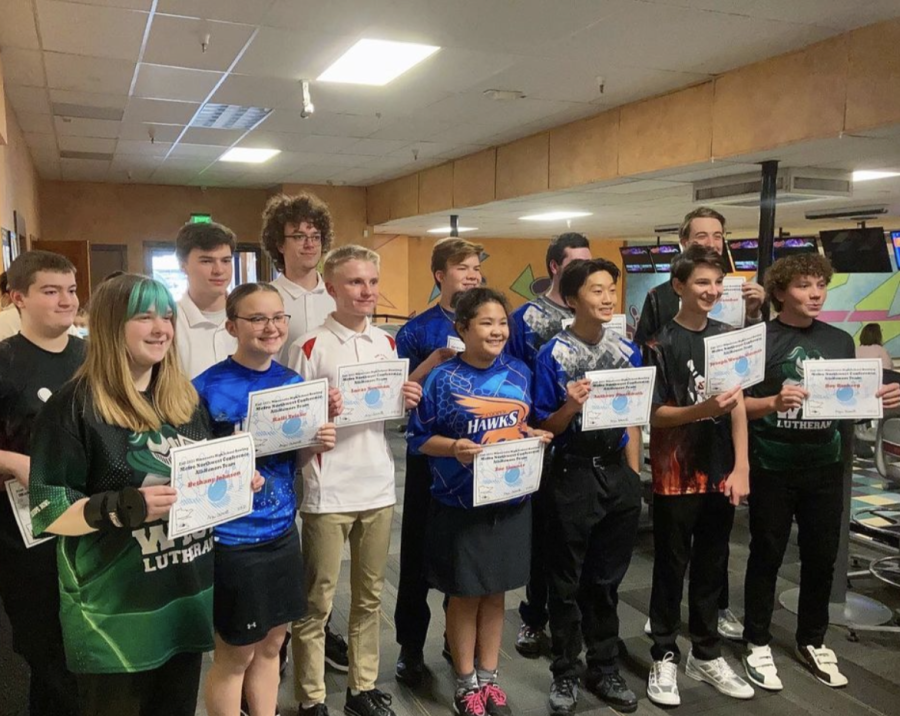 Following the Super Regional tournament, the 2021 BSM bowling season came to an end. Wrapping up the season with a 3-11 record, the team was successfully able to get back in action this year after a year off in 2020.

Coached by Max Johnson, a math teacher at BSM, the bowling team consisted of 11 players on JV and 10 on varsity. In bowling, matches consist of two high schools represented by teams of five, with each player bowling two frames. While bowling is an individualized activity, the team is reliant upon scores from all players involved to win, an aspect of the sport that senior Lucas Newman enjoys. “Even though I’m competing by myself, I like the team aspect of the sport so I have other people to help no matter how I play,” Newman said.

Though the bowling team competed in 2019, due to COVID-19 and the conference disbanding, the team had to take a year off. However, with interest in the team still around, the BSM bowling team returned and made the move from the Metro West to the newly formed Metro North conference.

One BSM senior who stepped up his game this year was Lucas Newman. Newman hopes to bowl in college, but with one last year of high school bowling remaining, he finished off his high school career with his best season yet; This included 52 strikes in his 128 frames. “Continually bowling in the offseason, including heading to Wichita State for a bowling camp, helped me get to the level of performance I was playing at this year,” Newman said.

Bowling is a precise and difficult sport that requires battling through adversity. Senior Luke Evans discussed how bowling wasn’t only an enjoyable sport, but a pastime that helped him outside of the sport as well. “Picking up spares is my favorite part of bowling. When you miss the strike and have to go in for the spare, it is very satisfying,” Evans said.

The BSM bowling team would practice on Monday and Wednesday nights for an hour and a half at Park Tavern, which really began paying off for some members of the team. “Miguel Nunez and Elliot Brill started to pop off near the end of the season. They really had started to improve their game by the end of the season,” Newman said.