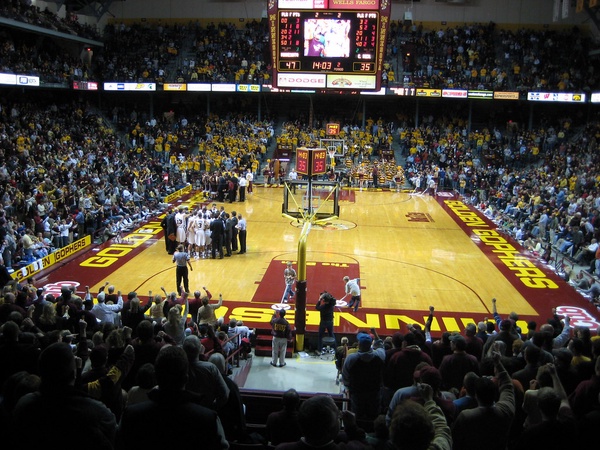 As a usual competitor within the Big 10, the Gophers have recently been stuck in mediocrity, and I believe this streak will continue this year. Almost every single player on the team is a transfer and the Gophers are led by a new coach following Richard Pitino’s departure; for this reason I believe the Gophers are not going to perform very well this year, and I could see them placing last in the Big 10.

The Gophers played against the University of Missouri Kansas City (UMKC) in their home opener and there were many spots of concern I saw. UMKC is a mid-major division one school that should stand no chance against a team the caliber of the Gophers although, until the last minute, UMKC was able to hold their own against the Gophers and had them on their heels in many instances. The game was within single digits throughout the entire second half because of the Gophers making countless errors. On many occasions, UKMC would be able to find a completely unguarded man. The lack of team chemistry was evident, shown through the many miscommunications and the players do not seem to be clicking well, making sense with the number of transfers on the gophers.

Ben Johnson made his debut as the head coach for the Gophers against UMKC. He worked as an assistant coach to the Gophers from 2013-2018 when he joined Xavier. Here he was an assistant coach for three years until he was hired and named the head coach of the Gophers in March of 2021. This change in coaching staff was necessary because we have not been able to produce well enough in the past few seasons with the amount of players that come out of Minnesota and our lack inability to attain them. Hopefully, Johnson will be able to recruit these players to form a strong team.

One highlight to the game, however, was seeing BSM alumni Jamison Battle debut in his Gopher career. He transferred from George Washington University last year and started for the Gophers against UMKC. He was the leading scorer for the Gophers with 18 and was one of the few producers on the team. I believe that Battle will be one of the few stars on the team during the season.

Since the game, the Gophers have won their last two games 73-69 against Western Kentucky and 87-80 against Princeton. Both teams should’ve been easy wins for the Gophers, but in both games, it was decided by less than ten points.

Overall, the team is going to be having a rebuilding year with a completely fresh lineup and coaching staff. Being in the competitive conference they are in, it will be tough for the Gophers to shape out wins. Five teams in the Big 10 rank within the top 25 in the nation and the Gophers are scheduled to play six ranked teams this season. The Gophers are not going to have a great season, but there is a light at the end of the tunnel because we will hopefully begin to click and establish a new and flourishing program in the years to come.