Girls’ soccer is invincible this fall 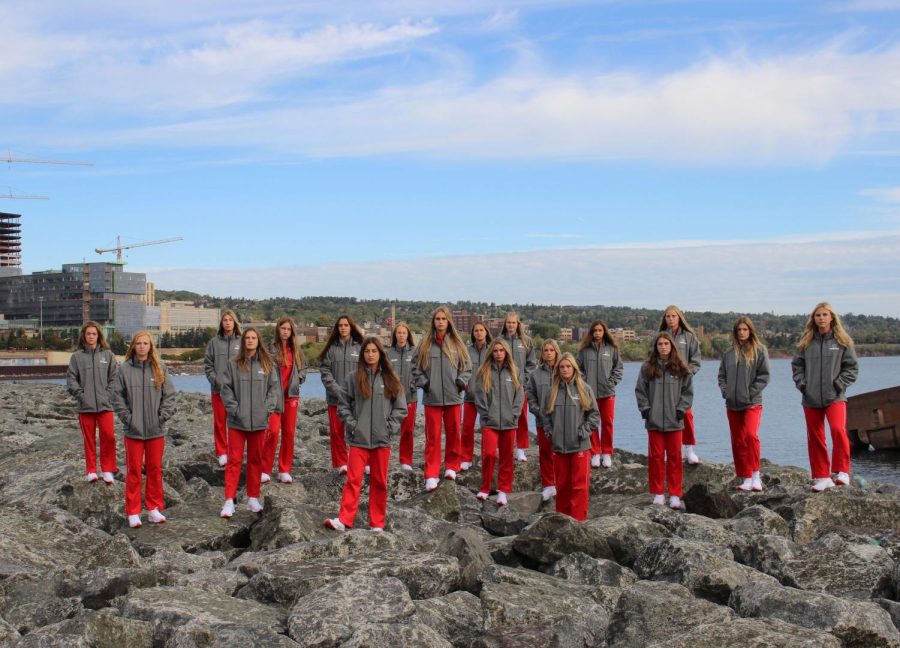 The 2021 undefeated Benilde-St. Margaret’s girls’ soccer team is gearing up for (hopefully) their 4th straight conference title. Senior captains Elizabeth Dietzen, Sydney Drees and Avery Junker are leading the team this season after the graduation of former captains Meagan Watts, Alli Voss and Annie Golinvaux. The girls are dominating the field right now with 12 wins, 76 goals scored, and only 3 goals allowed. Some of their highest scoring games include crushing DeLaSalle 10-0, along with beating New Prague and Blake 9-0.

The team is stacked with experienced upperclassmen, but a player that has stood out to senior captain Sydney Drees is sophomore Kiya Gilliand. “An underdog player who has proved herself is Kiya Gilliand. She has been on the team for a couple of years now but this year she has really shown herself. She has made big contributions to each and everyone of our games,” Drees said.

Drees hasn’t had a bad season herself, she is currently ranked 8th in the state for assists––six that is. Close behind in the rankings are seniors Avery Richardson, Maddie Shannon and Ava Wagener with five assists.

Their biggest competition this season is Orono, but despite potential fears, BSM added a loss to their record after defeating them in a close 1-0 game. The Red Knights held on to their one goal lead after scoring relatively early in the first half of the game. “Because we face them again during sections, the win really boosted our confidence and we are all looking forward to hopefully getting another win against them when there is more at stake,” senior Kaia Ballinger said.

Throughout this year, the girls have been led by an almost full senior line up, which has made the team stand out from previous years. “The talent quite honestly [is what makes the team stand out], we told them the other day and my head coach Scott told them, and he’s been here for 20 years, that they are the most talented team that we’ve ever had. Just in terms of sheer skill…and then on top of that, they’re all really good with each other, so there’s really no inner team conflict,” assistant coach Callianne Olson said.

The girls are looking to finish off their season undefeated in their last four regular season games. “I’m always shocked at how fast sections creep up on us. These last four games we will really ramp up our energy in preparation for sections,” Ballinger said.