Nobody Has Strong Feelings About Nobody 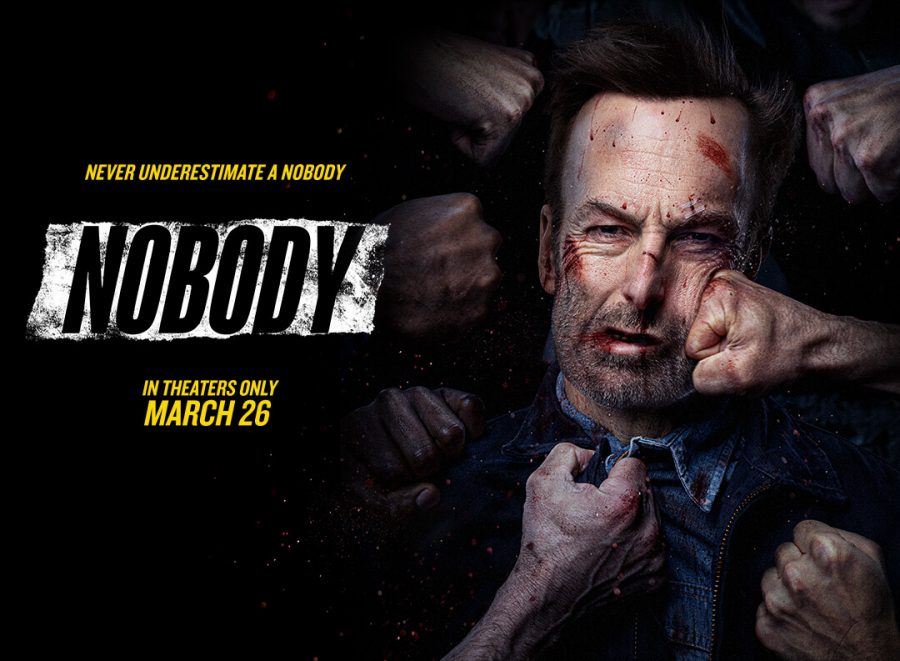 Nobody, one of Universal Picture's newest action movies, is average in many ways.

Nobody is an American film directed by Ilya Naishuller starring Bob Odenkirk. The film doesn’t break any boundaries or reinvent the action genre in any way, but it knows this and attempts to perfect the action, which it does brilliantly.

The ratings reflect this very well with Metacritic giving Nobody a 63, IMDB giving it a 7.4/10, and Rotten Tomatoes giving it a 94% audience score and a 83% critic score. These ratings help show that Nobody is a good movie, but isn’t amazing overall––it is very average in many ways.

If there is one thing that this movie did perfectly, I’d have to go with the action scenes. This movie has the best fight choreography I have ever seen and I hope that other action movies take note because the fighting is beautiful to watch. The cuts are quick enough to make the fights seem fast-paced but not too fast to where you have trouble following the fight. The camera movements are also just right. The fights don’t become dizzying to watch as happens all too often in recent action movies. It doesn’t try to be a Tarantino film consisting of perfection in every way; it knows what it is and perfects the action-angle it’s going for.

Another thing the movie does great is that it is not a long, drawn-out action movie like you see a lot in recent years. The movie is one and a half hours long which gives the movie the perfect amount of time to set a background and establish and carry out the plot. Once again, the movie knows it is an action movie and doesn’t drag out the dialogue and try to be something it isn’t.

For negatives of the movie, I’d point out the mediocre writing. The lines themselves aren’t anything amazing and there are a few that come off a bit cringey. Once again, this is a basic action movie so you aren’t really expecting any amazing dialogue from this movie. But besides those few lines here and there, there isn’t much to say about the writing in this movie nor are there many negatives.

Nobody is very obviously based on John Wick, albeit with a few differences. The two are so similar that the producer of John Wick, David Leitch, produced this movie as well. The stories are initiated in the exact same way: both have burglars break into the protagonist’s home. John Wick is a bit more plot-driven and significantly darker, while Nobody seems to retain a bit of lightheartedness, and the plot, though present, doesn’t compel the viewer or drive the story along as much.

Bob Odenkirk plays the main character, Hutch Mansell, and does a brilliant job. He fits the character perfectly and really seems to encompass the character fully in this role. His amazing acting really allows the audience to connect to the character of Hutch. He has to deliver some odd lines that could have been a bit hard to listen to, but because of his acting and how he really took on the role the lines actually end up being fine

The soundtrack to Nobody fits the movie spectacularly. It fits the scenes great and the age of the selected songs goes along with the age of Hutch Mansell. The soundtrack doesn’t make the movie better or worse, nor is it used in a new or interesting way, making it very average but enjoyable overall.

Nobody is a good movie. Its action is spectacular and Bob Odenkirk does an amazing job, but besides that there’s not much to say about it. If you like action movies you’ll enjoy this movie, but Nobody isn’t a must-watch. Lovers of other movie genres have no reason to watch it at all as it doesn’t really do anything spectacular outside of the action.