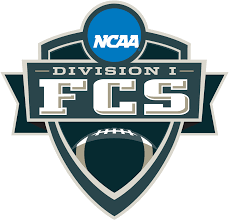 The FCS (Football Championship Subdivision) is playing a spring season this year.

Americans love football; there is constant demand for consumption of the sport in all forms. For the past several years, there have been professional leagues created to fill the void of football during the spring months. Among these have been the AAF, XFL, Spring League, and most recently, Fan-Controlled Football. However, these leagues have all lacked the structure and foundation to succeed. This year, due to COVID, there is a new, more intriguing league that offers a superior on-field product but has been lacking the publicity it needs to flourish: the Football Conference Subdivision (FCS) of division 1 NCAA football.

Because of COVID concerns in the fall, many FCS conferences elected to play their season in the spring. Although many teams and leagues like the Ivy League opted out of this spring season, strong programs like North Dakota, North Dakota State, James Madison, and Weber State are currently playing out their spring seasons.

How good are the teams? Many FCS programs are capable of challenging their counterparts from the larger, more well known Football Bowl Subdivision (which includes most of the preeminent programs in college football, like Alabama, Clemson, etc.). In 2016, North Dakota State, an FCS program, upset nationally ranked #13 Iowa. Many other FCS teams beat FBS teams every season, although these victories are not necessarily as shocking as NDSU over Iowa.

Due to the popularity of football in the United States, millions of high school players seek to play at the next level after graduation. Only a select few can play division 1 football and even fewer can play at the FBS level. This means that the difference in talent between FBS and FCS rosters can be incremental. When the season was moved to the spring, the FCS was given a prime opportunity to compete on the national level without conflict from the attention-dominating FBS.

However, FCS football cannot currently be found on any of the top networks, with most of the games being available exclusively on ESPN+. It’s a shame that it isn’t more widely publicized as it would be an intriguing use of spring TV slots. After March Madness, there is a void of college sports coverage, and the FCS would be a suitable solution.

If the issue of television coverage was resolved, the FCS would make a great permanent addition to the spring slate of college sports. Although matchups between FCS and FBS teams would be sacrificed, it would be a small price to pay in order to give the FCS the attention it deserves and to give the fans what they want: more football.