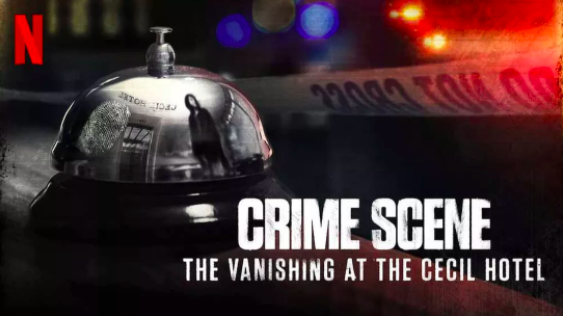 The documentary is available on Netflix.

Netflix has recently pleasantly surprised subscribers with yet another iconic real crime documentary: Crime Scene: The Vanishing at the Cecil Hotel. The documentary mini-series recounts the history of the infamous Cecil Hotel, a crime-ridden residence in downtown LA. The show has gone viral on TikTok and Twitter for its head-butting theories and suspicious interviewees. After watching the entire series of four episodes – each an hour long – in a mere day, I can confidently recommend it to anyone looking for an intriguing and mind-twisting tale.

The series is incredibly captivating; I was glued to the screen until the mystery was resolved (officially resolved, that is). The case at hand is the disappearance and death of Elisa Lam, a young Canadian woman who stayed in the Cecil Hotel while visiting LA. I’m typically not fan of disappearance or murder mysteries because they don’t have the satisfaction of being solved and the assailant apprehended. But this series effectively worked its way through first the history of the hotel, and then the specific case at hand. It took its time with each loop of the story, and no matter how crazy it got, I still felt like I could follow the story; not only that, but I was at times rooting for one side or the other. It involved thorough interviews with most everyone involved in the case or who had experienced first hand the craziness of the hotel; detectives, the hotel manager, and a bookstore manager were among those interviewed.

Not only was the filming and interviewing exceptional, but the case itself was so strange that I couldn’t stop thinking about it until I knew the answer. It’s so strange, in fact, that it has gathered the attention of many bloggers, YouTubers, and Facebook groups. These groups have devised a countless number of conspiracy theories revolving around Elisa’s case, many of which are entirely different from the series of events and cause of death that were officially declared by the police. In fact, some of the theories claim that hotel staff and the LAPD were involved with the case on the inside somehow or were paid to keep quiet. At times, these theories line up in such a satisfying manner that they’re hard to deny.

I’m still thinking about this case, and honestly, I still don’t know what to believe. The documentary did such a good job of showcasing the most compelling arguments from all sides that I’m equally torn between theories. This series is one of the best I’ve seen recently, and it excellently lays out the fate-deciding question in Elisa Lam’s case: how many coincidences make a pattern?