Finals under block schedule have pros and cons 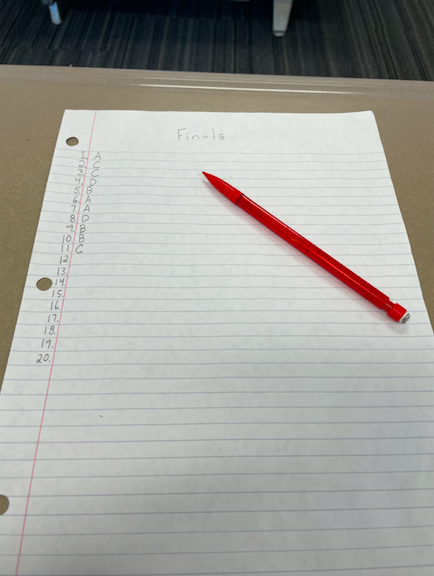 A student prepares for a generic final exam.

This year’s finals have been different then those in the past. Due to Covid-19 BSM went to having only four classes a quarter compared to the eight they have during a normal year. This has resulted in some students taking their finals online, and other students only having to take two final exams.

With there being fewer finals this year many students have noticed it has been easier and that the teachers’ finals are way simpler then what they typically are. “This year finals were a lot easier because there were less classes. I only had two finals last quarter, those being Christian Prayer and Spirituality and Math. My religion final was a verbal exam and so it was just memorizing a bunch of questions, which I thought was better than a written test. Math I would say was more of a struggle this year, because we had to go through the chapters very quickly, so it was very helpful that my final was only on the last chapter. It was a lot easier and less stressful than studying a bunch of chapters,” senior Alli Voss said.

Some people might think that taking your finals at home is super lucky, but they aren’t considering all the negative factors. Getting distracted by your phone or parents walking in to talk to you can make it harder for you to focus on your test. “I did take one final online and it was more difficult because of the distractions at home,” senior Charlie Frattalone said.

Studying for finals this year is painless compared to years in the past considering students get to focus on fewer classes. “I did the study guides for both of my finals and went over those study guides. This quarter I will probably do the same because it worked well for me,” Voss said.