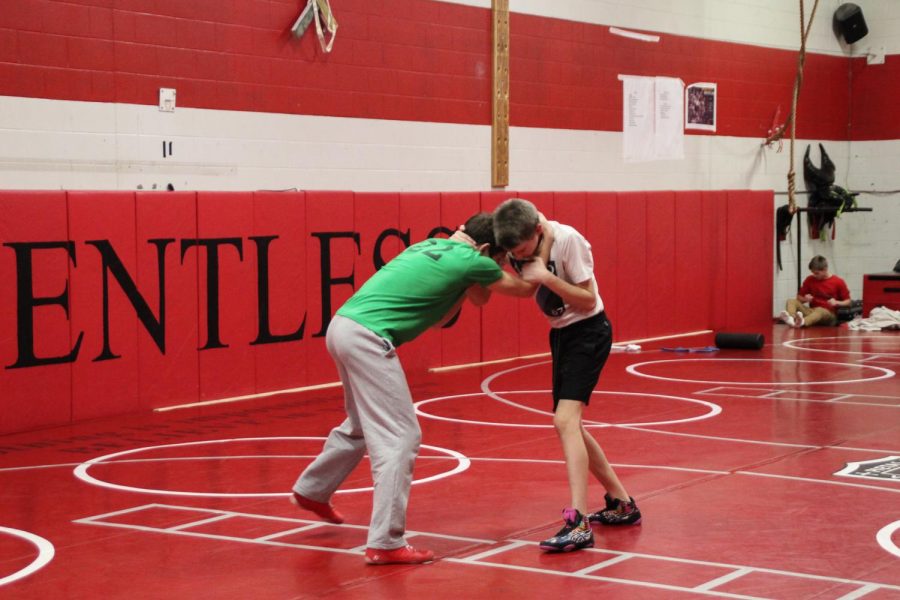 As many restrictions are lifted across the state of Minnesota, some of them are allowing high school sports to start again. The BSM wrestling team is underway with practices and is ready to work with the challenges that COVID has brought to the shortened season, especially with their rather young and inexperienced team.

While many high school sports are getting back into the swing of things, wrestling is working extra hard to stay safe due to the close contact of the players during competitions and practice. The Minnesota State High School League has cancelled all tournaments and scrimmages and has limited the number of events to two per week. It has also limited the amount of regular season events to 16 and has limited the amount of matches for each student-athlete to 32.

Due to restrictions in late 2020 on team gatherings, it has had an impact on the preparation the players need for the rigorous season. “A lot of us are not conditioned because of no practice time and that makes it really tough,” senior Captain Danny McCoy said.

BSM has a very young wrestling program, so season preparation is important. “It affects us more than other teams because of our lack of experience… we have a lot of guys where it’s their first year wrestling and they need as many reps as possible,” Assistant Wrestling Coach John DeLozier said.

From a coaches perspective, they are asked to have their players maintain 6 feet of separation and are urged to limit the amount of physical contact as much as possible which will make coaching a bit more difficult. “I can talk from the sideline or I can show stuff individually, but other than that it’s very hard,” DeLozier said.

Numbers are also low for the BSM wrestling program due to COVID. “Usually at the beginning of the year we have 18 to 22… this year we are at 13,” DeLozier said.

McCoy, who has been a captain for three years, doesn’t see the limited numbers and inexperienced team as a challenge. “This is my third year being a captain so I am used to having a smaller and younger team,” McCoy said.

While people continue to wait and see what the rest of the year brings for us, the BSM wrestling team hopes for another great season.