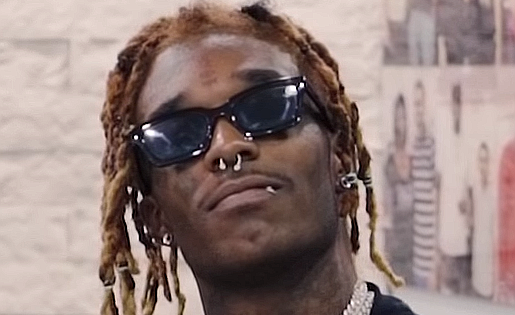 On March 6, 2020, Rapper Lil Uzi Vert released his heavily anticipated album, Eternal Atake. Fans yearned for this album for what seemed like an eternity. It had been two years since his last album, “LUV is rage 2.” However, Eternal Atake’s release hasn’t always been set in stone.

Uzi followers were skeptical about his passion for music after constantly being teased through the rapper’s Instagram stories and videos about false release dates. For two years this type of behavior pestered on, with most Uzi fans losing hope over this period. Was it time for fans to move on to a new favorite artist? Not so fast. With a total of 36 songs being posted by Lil Uzi Vert in the week following March sixth, Uzi fans have had plenty of new content to listen to.

On his initial non-deluxe album, “Eternal Atake – LUV vs. The World 2,” songs such as “Myron, Bean (Kobe)” and “Yessirskii,” Uzi went deep into the lyrics. “Before I had these mils, I was oh so lonely,” said Uzi in his third listed song, Bean (Kobe). This simple line runs true throughout so many rappers in the industry, and it is easy to see through Uzi’s social media posts, all of the hustle leads to money, but stress comes as a consequence. Fans see this stress piling up, and then eventually expressed through his song, “Myron.” “Got addicted to the road, got addicted to the stress,” said Uzi Vert.

Regardless of some strong opinions on the artist, Lil Uzi Vert’s return to the rap game was a major success. The 32 songs, hour and forty-five-minute album pulled in some record numbers. Within the first week of its release, the album had 400 million streams in the US and sold over nine thousand pure albums in that first week. Before the deluxe portion of the album dropped, Uzi made an estimated 3.4 million dollars altogether. It’s hard to pinpoint where this album may go, but Uzi knows one thing for sure. “Money come in, won’t stop,” said Uzi.