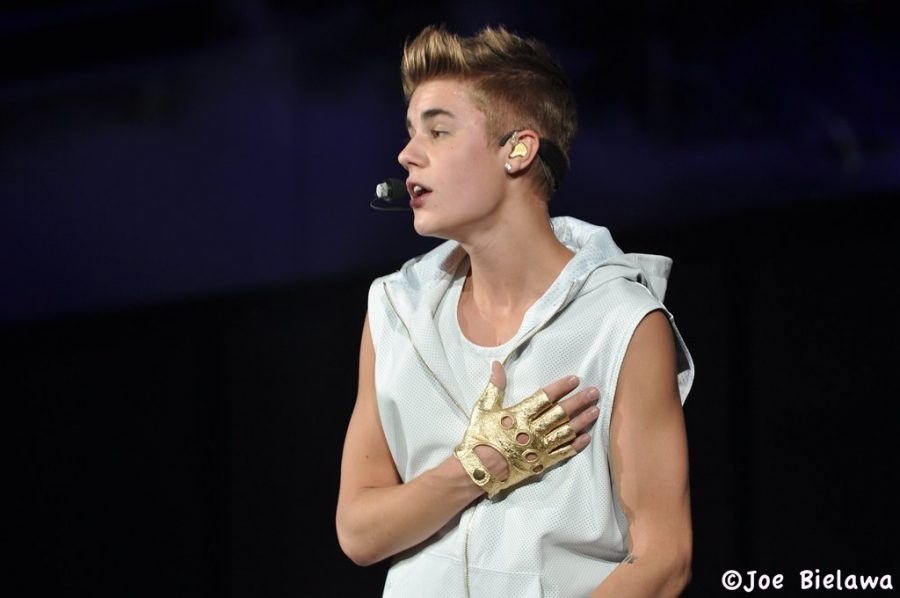 Bieber performs at Target Center back in 2012

Everyone knows the name, Justin Bieber. The teen heartthrob who was discovered at just 12-years old has just released his 5th studio album. Bieber was signed by Usher to RBGM Records and his fame skyrocketed. Now at the age of 25, he still has 10,892,323,807 streams on Spotify and a giant following.

“Changes,” Bieber’s most recent album, dropped on February 14 of 2020. The new album is definitely a very different sound from the young pop vibe from his first album, “My World”.

“Changes” is not only the name of the album but one of the 17 songs on the album. It is difficult to choose a single song that stands out in Bieber’s album, but “Changes” can be listened to over and over, as it seems to represent his “new life.” Ever since he married Haley Baldwin, now known as Haley Bieber, he has definitely changed as a person. Bieber went through a period of trouble in 2014, and this song talks about him trying to be the best person he can for someone else, referencing his wife, Haley: “I just wanna be the best of me, Even though sometimes, I forget to breathe, So that I can be the best for you.”

Bieber includes a couple of songs in which he collaborated with other artists. The most popular is his song “Forever” featuring Post Malone and Clever. Just like with most of the songs on this album, listeners suspect that the lyrics refer to his feelings and relationship to Haley. “Could you be here with me forever, ever, ever? Would you be here with me forever, ever, ever? Waking up all alone ain’t better, better, better. Every time I go the wrong way you turn me back around.” The lyrics portray the feeling that Haley keeps his life on track for the better, and he never wants to lose her.

All the love songs on this album show the soft, loving side of Bieber that most people might not see. The album is the new and improved Justin Bieber.

Overall the album has a slower tempo to all the songs. The sound is acoustic and laid back, but definitely not the sound you would see people dancing to. But if you want to just lay around or are in need of chill songs to study to, this should be your new go-to because it is definitely mine.