RED department will allow for a new style of learning 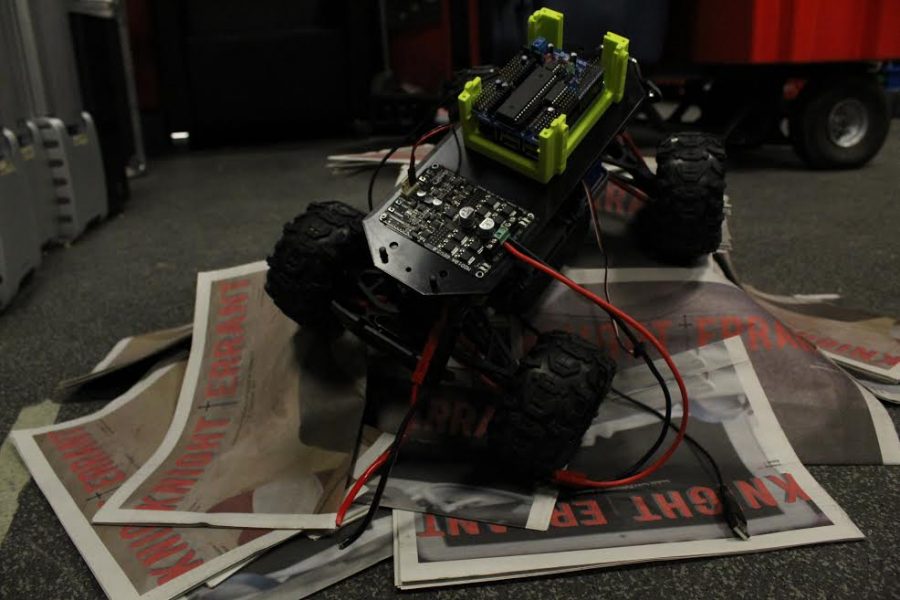 The RED Department will create a more independent approach to learning.

Research Entrepreneurship and Design (RED) will be a new department launched next year at BSM to extend the opportunities for students. The main idea is to give students the freedom to learn and work on something they are passionate about. “A lot of choice and voice. You are going to pursue something you are interested in,” Engineering teacher and RED program director, Anne Dougherty said.

“Real problems, real tools, and real processes” is the slogan of the new department. While real problems mean focusing beyond the classroom, real tools refer to using professional tools like 3D printers, laser cutters, drones, and video cameras. The ‘process’ in the slogan attests need for authentic conversation, strategic collaboration, and utilizing peers and mentors with expertise in the field.

In the program, RED courses encompass preexisting classes and newly created classes. Some current courses will change, including Engineering I. Others will be introduced, such as RED Capstone Independent Study, but all the classes in RED will be centered around ideas relevant to our world today. “You are doing something that replicates what’s actually happening in the workforce right now. It’s always going to be a moving target because what’s happening in the workforce is going to be changing,” Dougherty said.

BSM plans to fully support these RED capstone students and their projects. “The idea is that they are going to take a year, they’ll be paired with a BSM teacher, and then a teacher or a mentor of the community, at least one, to help them kind of figure out what they are going to do,” Dougherty said.

Engineering I is one of the classes that will undergo some change as it becomes a RED class. “Engineering I where you came in and it was just kind of a suffer-fest … we tell you kinda what to do. We’re going to change. Where there is more choice in it …. there will be a lot more opportunities for you to have your own idea of what you want to do and what you want to make,” Dougherty said.

The administrator in charge of managing the new RED department is Dr. Stephen Pohlen. His goal is to make sure that kids learn skills they will carry with them for the rest of their lives. “In a RED class what we hope is that you do a really deep dive into creative problem solving and that you gain skills you don’t lose,” Pohlen said.

At BSM, there are already classes that embody the RED ideology such as journalism, yearbook, and engineering. All of which are centered around self-learning and producing something real. “You are doing something that replicates what’s actually happening in the workforce right now,” Dougherty said.

Journalism allows students to take what is occurring in the community and turn it into something real: newspapers, magazines, and a website. “I like that we were able to showcase student news through the hands of students,” Knight Errant Quarterly Editor in Chief, Harry Madden said.

Kalli Rahn will be teaching three RED classes next year: product design, 2D art and design, and yearbook. “The yearbook staff, similar to the Knight Errant also, is a student ran publication. It’s up to the students to … [collaborate] and [get] through this monster project together …  It’s a big project. So I think it definitely is a learning experience,” Rahn said.

Yearbook generates the opportunity for students to be creative and share stories through collecting and taking photographs. With little direction from teachers, the yearbook staff creates something that makes people smile, laugh, and remember their high school experience. “I love that the book we make is shared with the whole school, and everyone gets really excited about it,” Yearbook Editor-in-Chief, Kylie Krumenaur said.

Engineering II and III classes encourage students to bring their ideas to life. With minimal instruction from teachers, students are encouraged to find a way to create something independently. Senior Sarah Luong has been building a project in her engineering class to eliminate plastic waste. “Not only have we learned the mechanical side of building a machine, but we’ve also learned that we are able to make a difference in the problems that are relevant here at school,” Luong said.

Pohlen has done research on learning environments similar to RED and the impact it has on students later in life. “I’ve interviewed students who have left here who were in the journalism or engineering program, and one of the things that they say is that they get promoted in their jobs more frequently because they are either willing to take risks, they’ve learned to collaborate, they’re seen as being more creative, and those former students… attribute their successes to [when] they were forced to do something that was kind of outside of their comfort zone,” Pohlen said.

Although the RED program will officially launch next year, the plan is to have it expand as time goes on. “One of my hopes is that we have a wide variety of red courses that allow students to pick their passion, and do something really creative and collaborative,” Pohlen said.

With the start of RED, it is not only a learning experience for the students, but for the teachers as well. “This year we have a RED cohort of teachers that have opted into looking at ‘how do we teach a little bit differently?’ and it involves teacher learning as well, so we’ve also created some new professional development opportunities for teachers,” Dougherty said.