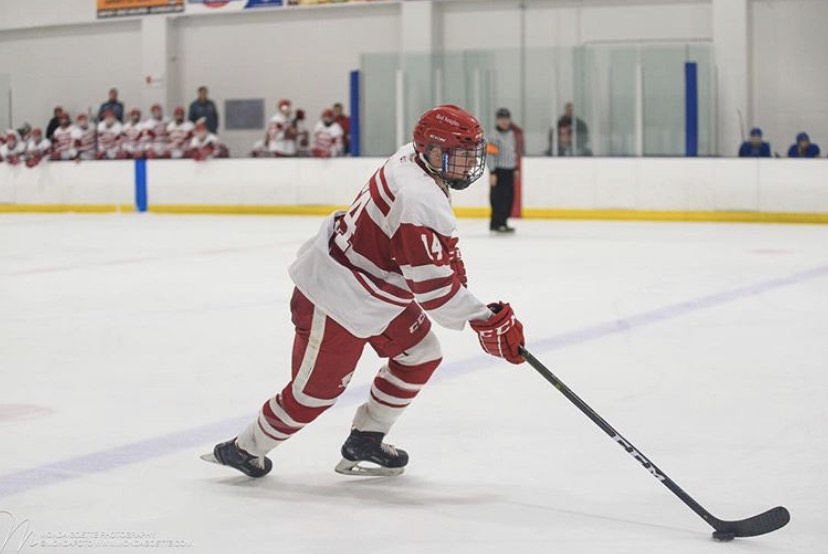 Nate schweitzer, skating down the ice in one of their last games of the season.

Senior captain of the Red Knights hockey team, senior Nate Schweitzer was recently nominated as a Mr. Hockey finalist. Ten players from around the state were nominated for this prestigious award. Past winners of this award have gone on to top Division 1 program, and even the NHL. Schweitzer has had an outstanding year with 26 points in 21 games.

With Minnesota being the State of Hockey, just being nominated is a great way to receive recognition for their play. “It was an honor, I always looked up to the players that were on the list every year. To be on the list this year is pretty cool.” Schweitzer said. With nine of the ten nominees for this award committed to a top-caliber Division 1 program, it is, in fact, an honor.

The winner of Mr. Hockey will be announced on March 8, at the Mr. Hockey banquet. Schweitzer will continue his hockey career next year in the USHL, and then play Division 1 hockey at Colorado College.