Retired coaches reflect on their careers 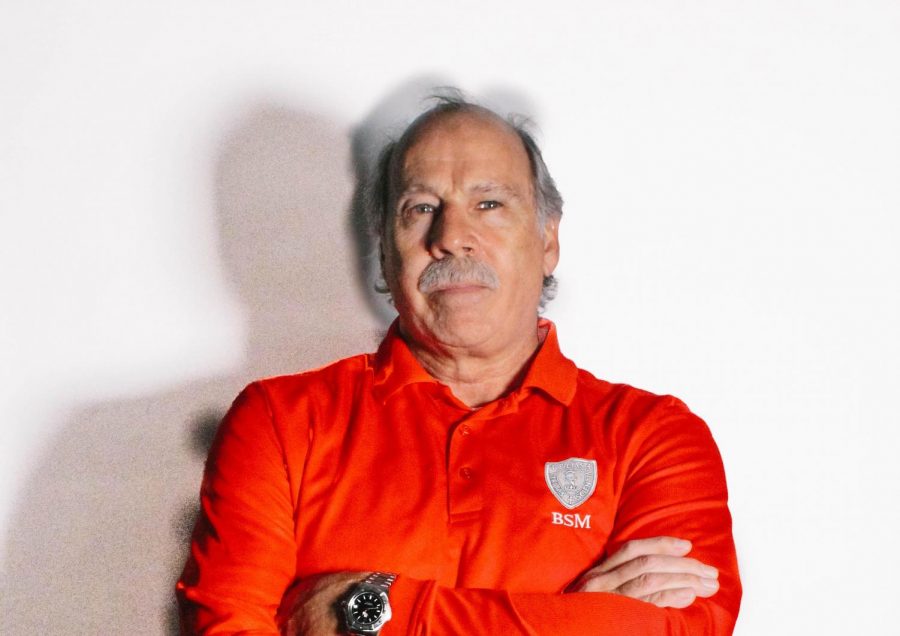 Mr. David Herbst has enjoyed having more free time in his schedule since retirement.

When a varsity coach steps down, they usually say their final goodbyes and completely disassociate with the school. However, three of BSM’s former varsity head coaches — Pat Krieger, David Herbst, and Bob Lyons — still work with their student-athletes every day, but now as a teacher instead of a trainer. These teachers have coached their respective teams for many years, and they have all stepped down in exchange for more free time during the season.

Pat Krieger was the co-head coach of BSM’s varsity football team for twelve years, retiring after the 2016 season. Krieger led the team to the 2016 state championship where they narrowly defeated Winona to become football state champions. After the championship, Krieger retired from his position as co-head coach. “I was doing it for a long time… and it seemed like a good time to step down,” Krieger said.

David Herbst had a very successful career as a head coach of the girls’ varsity hockey team for eleven years before he stepped down. The team went to state three times under Herbst’s coaching, and one of Herbst’s former players, Kelly Pannek, went on to win a gold medal at the 2018 winter Olympics. “I look back on those memories and it was a really good time,” Herbst said.

Bob Lyons coached girls’ basketball for 29 years until he resigned from his coaching duties this year. Lyons’ love for the sport is what ultimately motivated him to become a coach, but he also enjoys coaching his children. He considered quitting after the 2018 season, as it was the last year he would be able to coach his daughter. However, Lyons stayed on for an extra year because he was impressed with the roster and was excited to coach the group of girls. “In 2019, we had a pretty good team, and I really enjoyed those kids and I wanted to coach them one more year,” Lyons said.

Hear more from each coach by clicking on their photo below.