Inside a conversation with Olivia Nuzzi 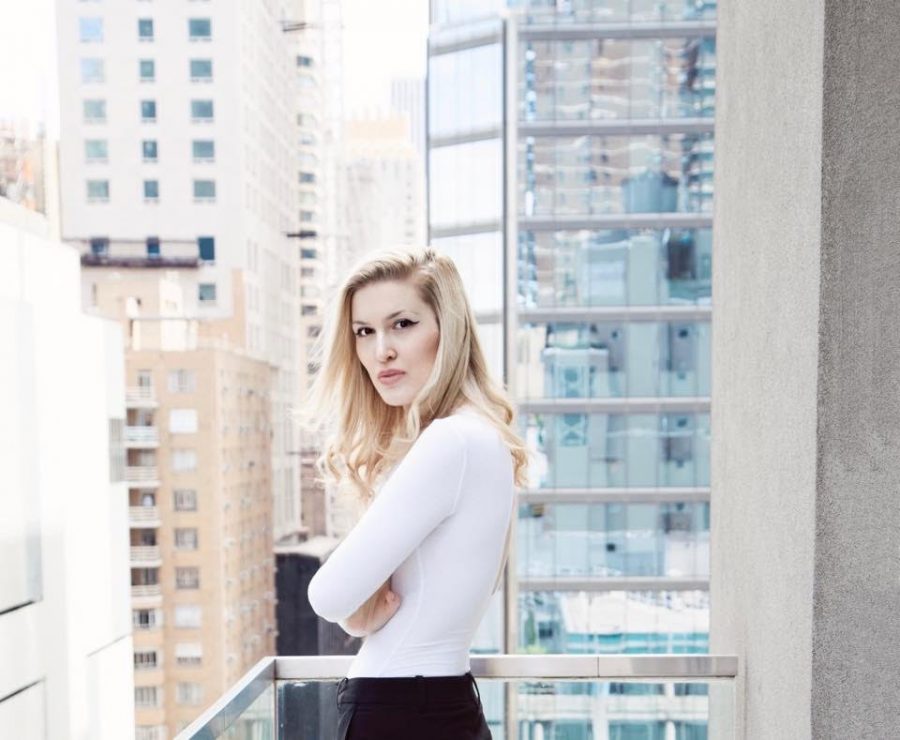 For New York Magazine Washington Correspondent Olivia Nuzzi, covering campaigns and interviewing members of the Trump Administration is all part of the job. Now, as the 2020 election approaches, Nuzzi has been spending her time on the road reporting politics. While in the thick of driving through Iowa to cover the pre-Caucus hullabaloo, Nuzzi reflected on the origin of her career and the various highlights and setbacks she has faced.

Although Nuzzi is a professional journalist, it is not a career she saw herself going into; she felt that it was not something she could do. Growing up in New Jersey, Nuzzi did not know anyone in the media and neither of her parents had graduated from college. What she did know was she liked writing and politics. “It never occurred to me that my two interests might converge to form some type of career path,” Nuzzi said. “It didn’t really occur to me to be a reporter until I was committing acts of journalism.”

She started writing as a columnist for an alt-weekly in the Garden State when she was still in high school, but she found she didn’t have the infinite supply of opinions necessary to fulfill that role week in, week out. “That’s when I started to read a lot of long-form journalism,” Nuzzi said. “I started to develop a desire to put together stories like that myself… It wasn’t like, ‘Oh I want to become a reporter and do all these different things.’”

During her interviews, Nuzzi tries to be open and honest with the person she is interviewing. This skill of being transparent with her interviewee is something Nuzzi learned on her first profile piece; she remembers being nervous about the interview, with a list of questions prepared. A couple of minutes into the interview, Nuzzi decided to ditch the questions and conduct the interview in a conversation-like manner. That is when she realized it was much easier to connect over a conversation.

Another tactic of Nuzzi’s is to sometimes argue with the person she is interviewing. She does this so the subject is not surprised by what she includes in the story, and arguing is not something Nuzzi is uncomfortable doing. “Depending on the interview and depending on how much time with someone––if it’s a long conversation where I know they can handle being challenged––I do like to disagree with them and have arguments,” Nuzzi said. “I never want someone to be surprised at what I write and the way that I ensure that is by if I think someone is full of s**t, I will say that during the interview.”

It is the things revealed in these discussions and arguments that help Nuzzi build an in-depth profile on her subjects. Aside from the conversation-like, Nuzzi writes down observations and sometimes takes photos of her surroundings. Although Nuzzi does not consider her writing a conscious attempt to humanize people, she focuses on showing rather than telling. “I try to bring the reader there with me as much as I can,” Nuzzi said. “Those basic things you learn in English class: who, what, where, when, why… That’s what I try to abide by. That’s kind of what separates news writing from feature writing… I try to observe as much detail as I can because I like to write in detail… I try to describe and show people as they are and let them explain themselves.”

But, sometimes it is these very detailed descriptions that result in disputes or criticism. In Nuzzi’s piece on President Donald Trump’s attorney Rudy Giuliani, she detailed that Giuliani drooled or that he spent much of the day with his fly down. Regardless of the person, Nuzzi tries not to be cruel. But she did argue in favor of including details of Giuliani drooling because she feels that he is an unofficial representative of the U.S. to the world and people should be aware of how he appears to others. As Nuzzi received feedback, both positive and negative from readers, she was also met with a response from Giuliani. “I figured he’d be really pissed off about various details,” Nuzzi said.“But he was really upset that I said he started having business interests in Ukraine, which he did. He claims he did not have any current business interests in Ukraine. He was really upset about that, which I think was the question that would broaden his legal visibility in one of these areas of investigation.”

Nuzzi, though, isn’t writing to please the subjects of her profiles––or her entire readership for that matter. Ultimately, one thing is a given: she’s going to enrage some faction of the public.“In my experience, if the subject of your story is not mad, then the internet is probably going to be mad,” Nuzzi said.” If the whole internet is not mad, at least a few different factions on the internet will be mad… I’m never totally sure who it will be that is mad.”

After Nuzzi’s story on Giuliani was published, readers were able to learn about Giuliani, as well as specific details of their time together. Nuzzi estimates she spent four to four and a half hours with Giuliani. “Honestly, I was delirious at the end,” Nuzzi said.” I was tired and I felt very drained and I immediately got on the train back home to Washington and I was so teary-eyed and it felt like I had just come out of some weird alternate universe…There was a lot of me and Rudy [Giuliani] fighting that day, but also a lot of him ignoring me trying to fight with him, or not caring that I was taking issue with what he was saying, or not hearing me. There was one point where he was [saying] ignorant, anti-semitic [things] about George Soros. I was like, ‘You sound crazy, do you want me to write: get you a tinfoil hat?’ He totally did not engage with me… I didn’t know if it was because he didn’t want to engage with it or he didn’t hear me… [He is] somebody [who goes] off on crazy conspiratorial tangents and who also has the capacity to answer really important questions… It was a lot of waiting for him to get through his spiel about whatever crazy conspiratorial stuff he was saying and trying to work in my questions.”

Aside from covering people like Giuliani or others, Nuzzi has recently been spending time on the road reporting and writing a book on the 2020 election, which will be available after the election. Her time on the road has consisted of covering candidates such as long-shots like Republican Joe Walsh, Democrat Andrew Yang, or Democratic front-runner Joe Biden. In covering these events as both an observer and a reporter, Nuzzi has noticed the difference between campaign events with some of the front-runners and some of the long-shots. “[The other day] I was at an event with Joe Walsh, who is one of the two people challenging Trump for the nomination on the Republican side… Walsh is really like the only remaining serious candidate. He has staff, he has a caucus plan in Iowa… He was at this like veteran nature preserve in the suburbs of Des Moines, and there were maybe two-dozen [people] there, and I was like, ‘Wow, that’s a lot of people,’ and then I realized like six of the people work at the venue.” Nuzzi said.

Nuzzi ventures into territory most mainstream readers don’t have on their radar, and she’s happy to offer a lens into the backstage happenings of the 2020 election. Even for candidates with virtually no chance of snagging the nomination, she can paint portraits and add texture to our conceptions of the race at large — and how certain candidates stand in contrast to others. “[Walsh] is very accessible, he is pretty candid, and [it is] not like his event ends and his security guards come in and he forms his fans to get in a selfie line and he spends an hour and a half after his remarks taking selfies and then he dodges the press,” That’s what happens at a Joe Biden event. It’s an event, it’s a production, they have a ton of staff, he has security, he does not have secret service, but he gives off the impression that he does. I heard him lie to a voter last week and say that he has secret service… The higher up in the polls, the less accessible you are, the more production there is around you… That’s part of why I like covering a long-shot when I can,” Nuzzi said

While Nuzzi continues to report and write new stories on politics, there are previous stories that she still thinks about. Recently, Nuzzi says she apologized to a politician for something she wrote about him (or her) in 2013. Although she will sometimes second guess decisions she made in her stories, Nuzzi still has stories she is proud of. “I am constantly thinking about my stories and the people in my stories, and I am still in touch with people that I wrote about in the very beginning of my career. I am always wondering how I could have done something better if I screwed something up, but there are still stories, that at least writing-wise or structure-wise, that I am happy I did it the way I did,” Nuzzi said.

Whether it is a story on a campaign or Rudy Giuliani, Nuzzi’s work has been able to give readers an in-depth look into the 2020 campaigns, as well as people in President Trump’s circle.