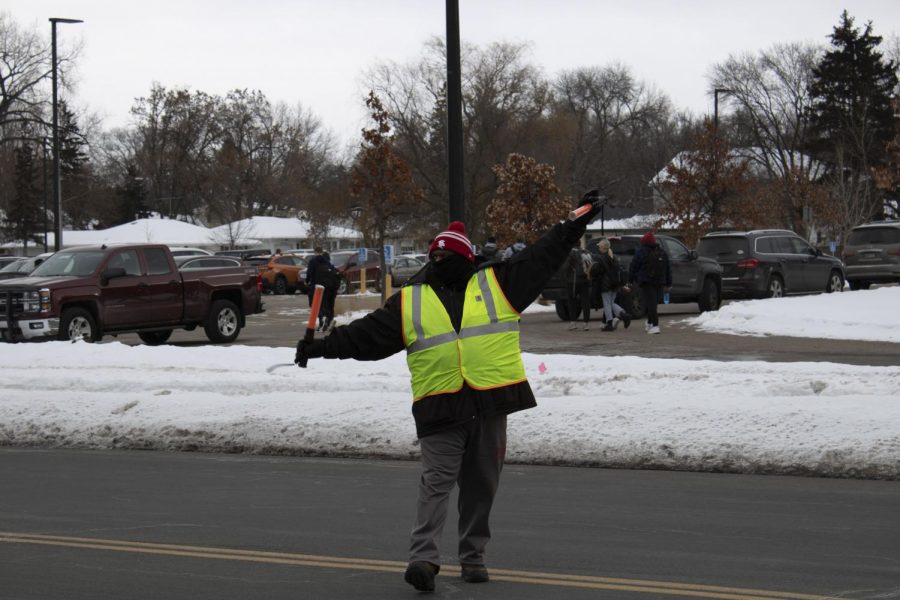 For six years, Joe Creer has been outside before and after school directing traffic. His continuous hard work often goes unappreciated, but not by all. On the website Nextdoor Neighbor––a social network site for neighborhoods––neighbors have recently posted comments on how well Creer directs traffic.

The chain of comments started with a post called “Shoutout to the Benilde Traffic Guy!” by a user named Joshua Gepner, from the Fernhill Neighborhood. He did not know the name of Creer but praised his hard work. “The guy that normally directs traffic wasn’t there yesterday and it was a complete gridlock around Benidle’s entrance (although it was probably for only about 15 minutes). The replacement guy was doing his best but the effort fell short. Today, the usual guy was back and it was smooth sailing right on by. I appreciate how much he has perfected the artful skill of traffic directing! Kudos to him. He should ask for a raise!” wrote Gepner on Nextdoor Neighbor.

The post continued on with 12 additional comments agreeing with the original post and discussing how he should be thanked and recognized. Several stated that they thought he should get a gift card. “I was thinking to slip him a caribou gift card or mug of hot chocolate one day soon,” wrote Dar Young form Wolfe Park.

It has not always been smooth sailing when directing traffic for Creer. Six years ago, when he first started his job directing traffic, Highway 100 was under construction. The system was poor and cars were constantly backed up. He had to direct a thousand cars a day. That is when Creer created the system with two lanes to shorten the line from off the highway. “Just like anything new, you learn it, you adjust, and you make it work for you. When I took over it, they didn’t have the double lanes…I started that because the traffic was going all the way into the street,” Creer said.

Creer prioritizes the people coming from the neighborhood over the people coming off the highway. He knows that they are on their way to work and do not want to prevent them from getting there on time. “I know they are going to work, and I try to make sure the traffic is more in their favor,” Creer said.

Overall Creer enjoys directing traffic, however, there is a downside when he has to be outside in the cold and dark during the long winter months. “I like it a lot it’s just the cold weather gets to me now…I got heated gloves and my fingertips after twenty minutes still get cold,” Creer said.

Benilde-St. Margaret’s takes pride in the members that exemplify the community as a whole and what BSM stands for. “BSM is loaded with good people, lots of good people, and Joe Creer is an example of someone who represents BSM,” Ehrmantraut said.