Don’t put the elf on the shelf 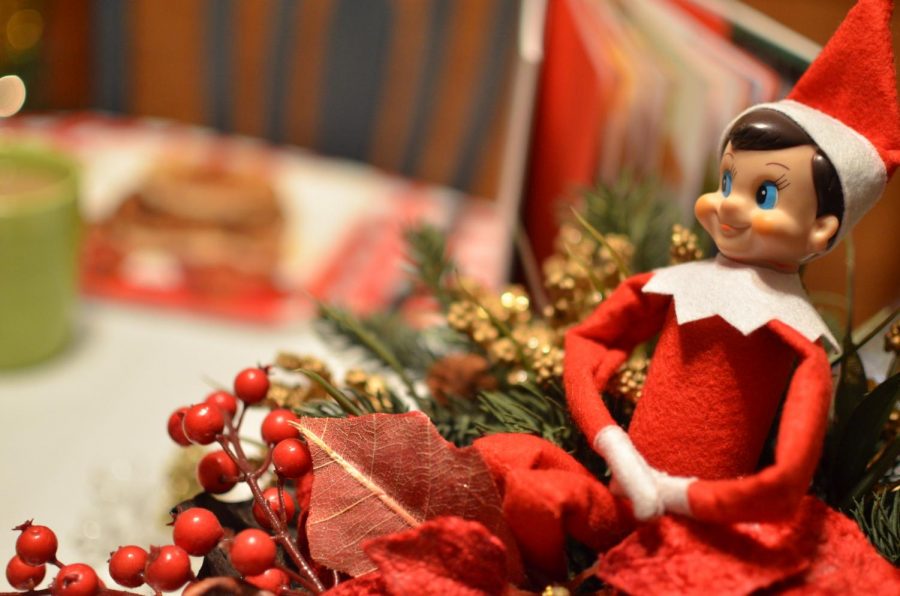 Blake Mahmood finds an elf on the shelf to be more creepy than festive.

Elf on the Shelf dolls are absolutely creepy. From their cold fake smile to their stuffed lifeless body, they are unnecessary and scary.

For those unfamiliar with the tradition of the Elf on the Shelf, it started with a book published in 2005, explaining how Santa knows who is naughty and who is nice––through an elf that sits on the shelf watching kids. Here’s what you need to know: it’s a doll that parents put around the house to encourage their kids to be good around Christmas.

The tale continues every night when the elf supposedly travels back to the North Pole to inform Santa what’s going on in the house where he/she lives. Then comes back to the house and sits in a different spot every morning.

How popular is it? In 2011, Elf on the Shelf sales hit about $10 million and has been growing ever since due to the new product lines such as female elves, DVDs, and books. Kids love the doll.

Why do I hate the Elf on the Shelf? Just look at the thing. Its legs come sewn together and its seated like a laughing kid in a timeout. Not to mention the unnecessary chaos it brings. I have younger sisters, and they used to praise the elf. They named the thing Nick, short for St. Nicholas. Every day after school they would search the house to see where the elf had moved now. For me, this 20+ minute fiasco was the low of every day.

I have to believe that parents also hate the little things. Some parents feel the need to leave notes from the elf and even presents, so when their kids are in school, they may brag about what their elf is doing and how much fun their elf is having. Thus kids come home and ask their parents why their elf isn’t doing the fun things that everyone else’s is. This turns into a competition in which parents have to step up and top the shenanigans of other kids’ elves and parents.

I can’t stress it enough how much the purchase of an Elf on the Shelf will backfire on your Christmas. Between the competitive standard parents and its general creepiness, putting an elf on your shelf will ruin Christmas for all.