Senior gives blood in exchange for an oil change 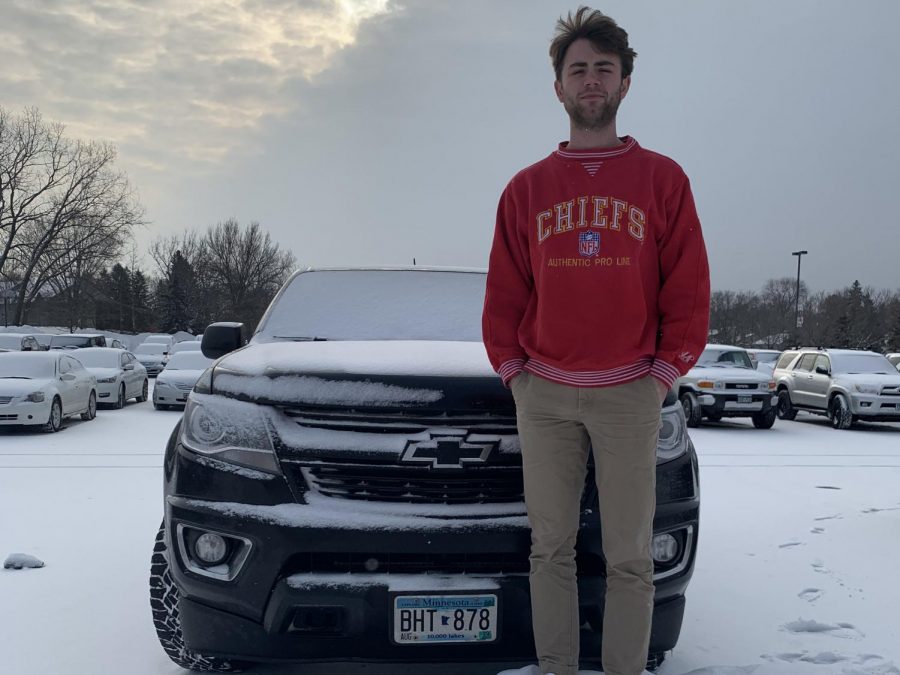 While passing the Midas off of Highway 7 on his way to school on the morning of November 21, senior Matthew Nachbor saw something unusual: a big red bus parked in front of the shop. Above the bus, he saw a sign that advertised a free oil change for anyone who gave blood. That was good for Nachbor––his oil light was on.

Upon arriving to school, Nachbor decided to do some research. He found out the requirements for the deal and decided that he was going to do it. “I pulled out my computer during first hour to look on the Midas website and saw they had a deal with a company called OneBlood,” Nachbor said.

After school, Nachbor was ready to give his blood for a free oil change. When arriving at Midas, he had to sign a sheet that said he was 16 years old or above. There were three other people who were there giving their blood. He hopped on the bench and watched them start to draw blood. Although giving blood may be scary to most people, Nachbor was confident. “Going into it I felt great. I don’t get queasy or anything from blood, so I felt great,” Nachbor said.

After giving blood, they gave Nachbor a Sprite and a few crackers to help him recover and keep him from fainting. “After recovering, I waited around for 15 minutes until my oil was changed,” Nachbor said.

The company that runs this drive and owns the Big Red Bus is named OneBlood. Their mission is to enhance the health and well being of others through their work with blood and stem cell research. By running drives like this Midas drive, they are gaining a lot of popularity. They are projected to be one of the top five systems in the world. They do this by making giving blood fun and rewarding. “I would absolutely do it again. I got to help out and got free oil,” Nachbor said.