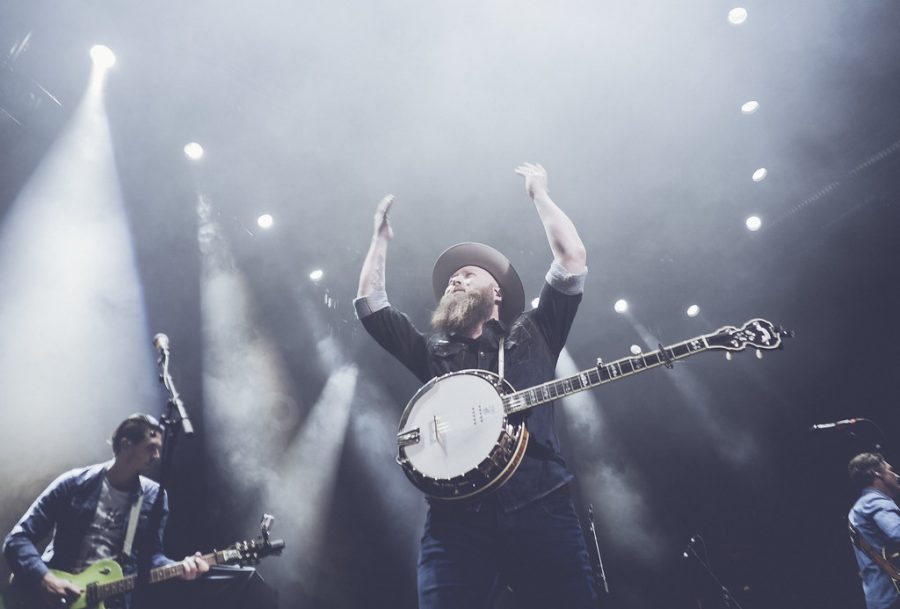 Old Dominion performs during a concert in 2014.

The CMA band of the year did it again by releasing their self-titled album “Old Dominion” on October 25, 2019. This is not Old Dominion’s first self-titled collection. In 2014, they released a self-titled EP and this is their third album drop since 2015.

The band started in 2007 and gets its name from the state of Virginia’s nickname. All five members Mattew Ramsey, Trevor Rosen, Brad Tursi, Whit Sellers, and Geoff Sprung all have roots from Virginia. Ramsey and Rosen are both considered the founders of Old Dominion. They both moved to Nashville to pursue dreams of being songwriters.

Old Dominion signed with RCA Records in February 2015. The new album is co-produced by the band and Shane McAnally, a Texas native singer, songwriter, and producer. Jon Osborne, Jesse Frasure, Ross Copperman, Andrew Dorff, and Thomas Rett all helped write some of the songs. It was released via Sony Music which is a parent company of RCA records. Old Dominion used a lot of new sounds in their album. So far the album has been downloaded over 19,000 since it dropped on October 25.

The album starts with “Make It Sweet”, a top 10 country single. Make It Sweet is about making the best of life because there is never enough time in the grand scheme of things.”Life is short make it sweet” ends every verse. Smooth sailing is a metaphor for life also. It is about how you are gonna come out on the other side a better person in every situation. “One Man Band”, the third song on the album is about finding someone and not wanting to be alone anymore. When it was released as a single, it placed second on the country music charts. It is personally my favorite song on the album.

In the middle of the album, it switches tone. Never Be Sorry is about reminiscing about a past relationship and never being sorry about making memories. I think he is saying even though the relationship ended it wasn’t a waste of time. This song also showcases their new sound. It is more pop than country. My Heart Is a Bar is about how they are sick and tired of not having real relationships. Midnight Mess Around brings back the country sound into the album using a guitar and drums with some synthesized instruments.

The album ends with a Some People Do it is about how words can’t fix everything and how people don’t change. It sounds like he is singing about a breakup with an ex but he wants her back and he is saying he has changed. I think this is just the tip of the iceberg of what is yet to come from this band.