Barstool podcasts are the best podcasts out there 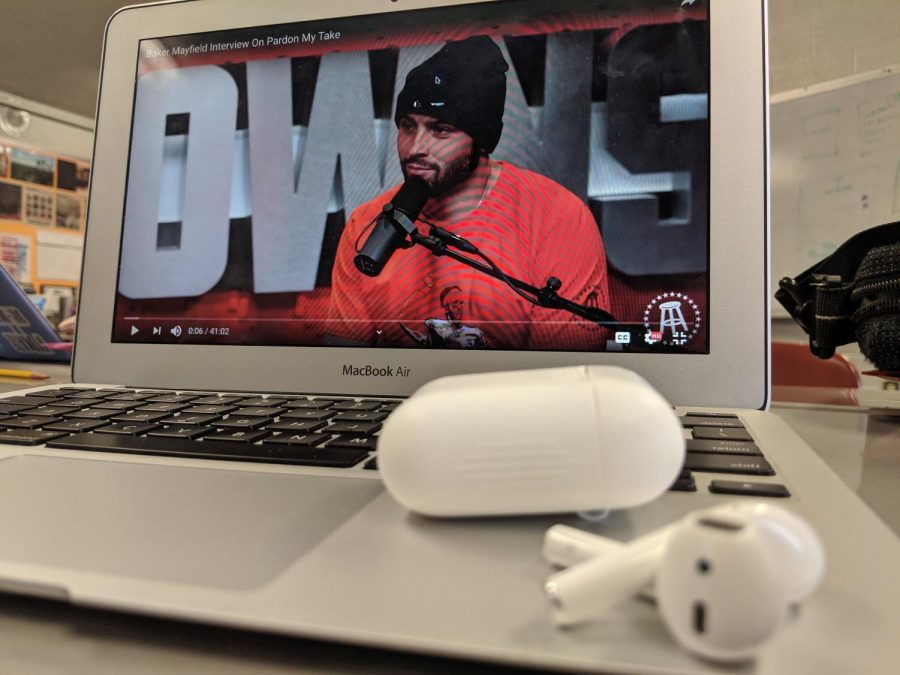 Within the last decade, the realm of podcasts has taken over the media world to produce a different style of content that appeals strongly to the public ear. The company, Barstool, has put out 25 podcasts that are very popular throughout the United States, and in my opinion, are the best podcasts to listen to.

Some of the most sought-after Barstool podcasts include Pardon My Take, Spittin’ Chicklets, Chicks in the Office, etc. In each of these podcasts, they have a specific topic they talk about with the added bonus of special guests. They engage the audience through heated arguments, the upmost news, and not caring what the media thinks about what they say. It makes a unique style that some people find really captivating.

“Pardon My Take” is a sports podcast hosted by Big Cat and PFT Commenter. Both of these are nicknames that Daniel Katz and Eric Sollenberger go by in the Barstool community and is an example of the uniqueness their podcast produces. The podcast includes sports scores and news, special guests such as, Baker Mayfield and John Cena, and the surprise of whatever the hosts throw at the audience.

The “Spittin Chicklets” podcast is hosted by Rear Admiral (RA), Ryan Whitney, and Paul “Biznasty” Bissonnette. Spittin Chicklets is the most popular hockey podcast in the United States. Whitney and “Biznasty” are both former NHL players who provide the listeners with an inside view of what life is like in the big leagues, along with the current news and scores of the NHL. The podcast also offers interviews with current and former players that mean a lot in the hockey world such as, Auston Matthews, Ryan Malone, Duncan Keith, etc. They throw a lot of information in one podcast, but their unique way of telling hockey news gets the listeners to come back every Sunday and Thursday night for more.

“Chicks In The Office” hosted by Ria and Fran keeps you updated in with news and big stories in pop culture. In the podcast, they discuss celebrity breakups and relationships, TV show recaps, and fan questions. They also have special celebrity guests on for interviews so listeners can gain insight into what is happening in their life. Some of these guests include the Jonas Brothers, French Montana, and Alex Rodriguez. These ladies have a lot of drama to go over, but their cohesiveness is what makes them special and rise above their competitors.

Barstool has made the news for some controversial things they have done, but all of it is for their brand. Most of the time they are joking and their plan is to create heated situations, which in their sense, gets their name out there and promotes their business. All of these podcasts provide great content, and I don’t see any reason why that would change in the near future.