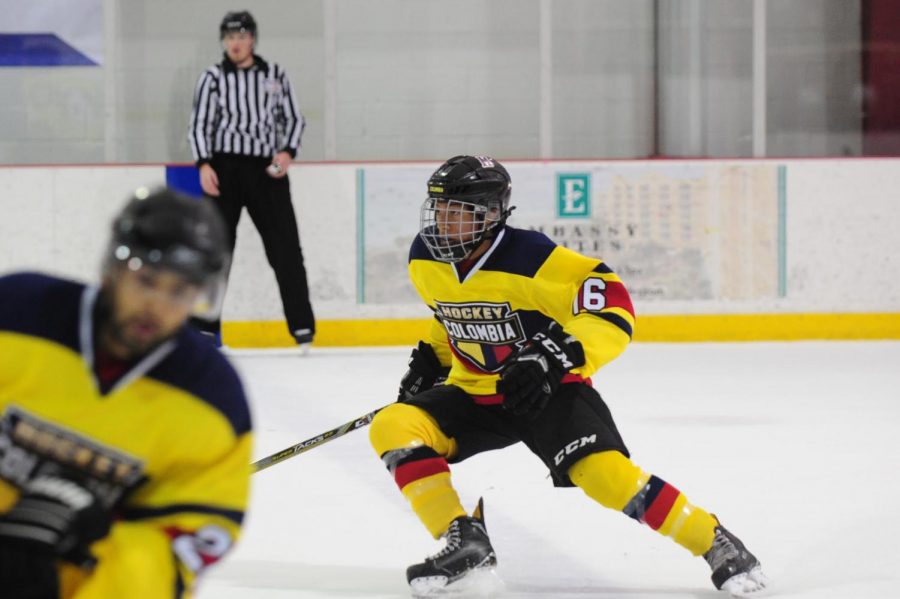 Sophomore Leo Warner plays for the Columbian hockey team in a international competition.

When he was a baby, Warner was adopted from Columbia, which qualifies him to play for Columbian sports teams. He found out about the Columbian National Hockey teams through a teammate on his Minneapolis Bantam team. His teammate, who is also Columbian, played on the Columbian teams in years prior.

After he was officially allowed to play for the team, he flew down to Miami and finally met his teams. Warner met the D1 team and was surprised by how old some of the guys were. The team ranged anywhere from 15 all the way to 40 years old. Warner was surprised by how similar he and the Columbian boys were. “Even though we had a little bit of a language barrier, we all got along because they listen to the same type of music as I do and they were all really funny,” Warner said.

Once he had met his teams and started to get to know them, he was ready to play. Warner noticed that the kids were all pretty shaky at skating because they have no ice to skate on in Columbia––instead they play hockey on rollerblades. After a few practices, they all started to get the hang of skating on ice. “The team was great at stick handling and passing but they started out pretty rough at skating,” Warner said.

During the tournament, Warner scored 5 goals in the 9 total games that he played while he was in Miami. He also had assists to go along with his goals. His U16 team ended up winning the gold medal and the D1 team ended up placing second and earning a silver medal. “My teams played great, I was happy to be apart of the success,” Warner said.

At the end of the day, Warner had a great time playing with both teams. “This was a great experience. Getting to know some of the guys and keeping in touch with them will definitely be a memory that I will always remember. I was proud to represent my birthplace Columbia,” Warner said.