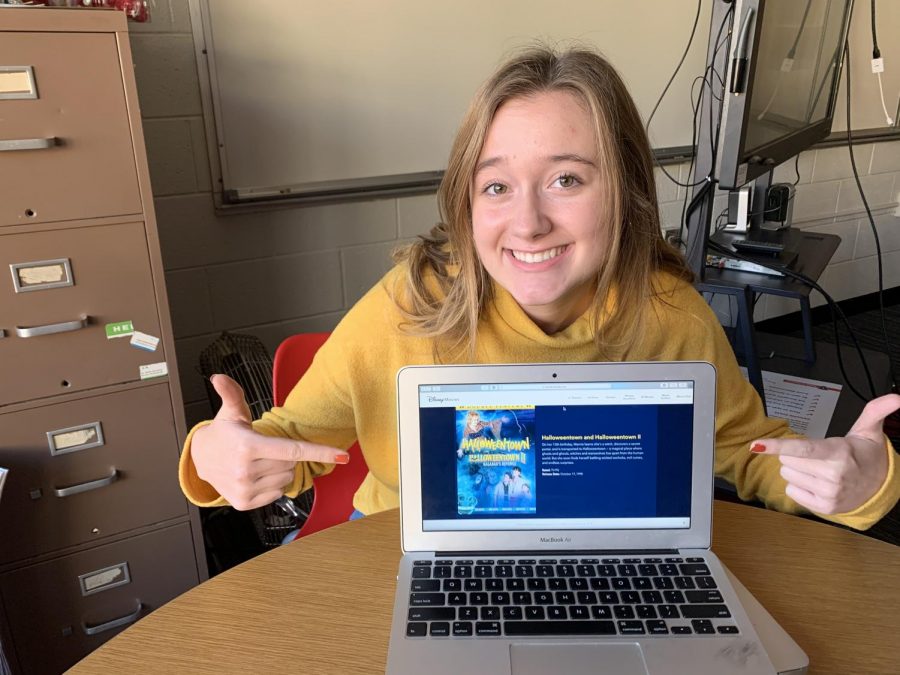 Sam Richardson-
October means hayrides, haunted houses, apple cider, pumpkin patches, and, best of all––Halloween movies. I love watching Monstober: the Disney Channel’s Halloween movie marathon that plays all the classic festive movies and shows. Falling on top of my list is Halloweentown. Halloweentown is possibly one of the most well-known classics amongst our generation, and I haven’t seen it topped to this day.  Second on my list would have to be Casper the Friendly Ghost. I was so obsessed with this movie that I didn’t shut up about Casper for years; I basically ran a Casper fan club. Coming in right behind Casper was Monster House. This movie was so scary that it almost made me pee my pants every time I watched it. I would often miss most of the movie because whenever I watched it I was busy hiding my face in the pillows. Watching all of these movies takes me back into a different time of my life which is a fun part of the holiday.

Sophie Dobos-
As the season of thrills and horror rolls in, I eagerly scroll through Netflix in hopes of finding the perfect Halloween movie. However, I have a few that are already listed as my main go-to’s during this chilling season. Starting at the top of my list is the Halloweentown franchise. It consists of the perfect mix of lighthearted jokes and playful scares. Coming in underneath Halloweentown, is Hocus Pocus. This is one of those films you can never grow tired of watching. Finally, The Shining is the movie I go to if I am looking for a scare. Altogether, these films are the best for a cold October night.

Nicole Strom-
Throughout October, if you flip through your TV’s guide, you will be flooded with iconic Halloween thrillers. My favorite movie for this time of year will always be Hocus Pocus. It is still a classic today despite the fact it was released in 1993. The director and producers managed to perfectly intertwine comedy and Halloween in this children’s classic. In my opinion, the second-best movie for this season is Ghostbusters. Another movie that will stand the test of time after landing itself into the Halloween hall of fame. Its sequels do not do the original justice, but who could ever forget the ending scene with the marshmallow man? My third and final favorite Halloween movie is Beetlejuice. Arguably, one of the weirdest movies out in the cinema universe––it’s still a timeless Halloween tale of ghosts and haunts. All in all, any of these movies are perfect for this Halloween season.