Young Thug brings a fun, new sound with “So Much Fun” 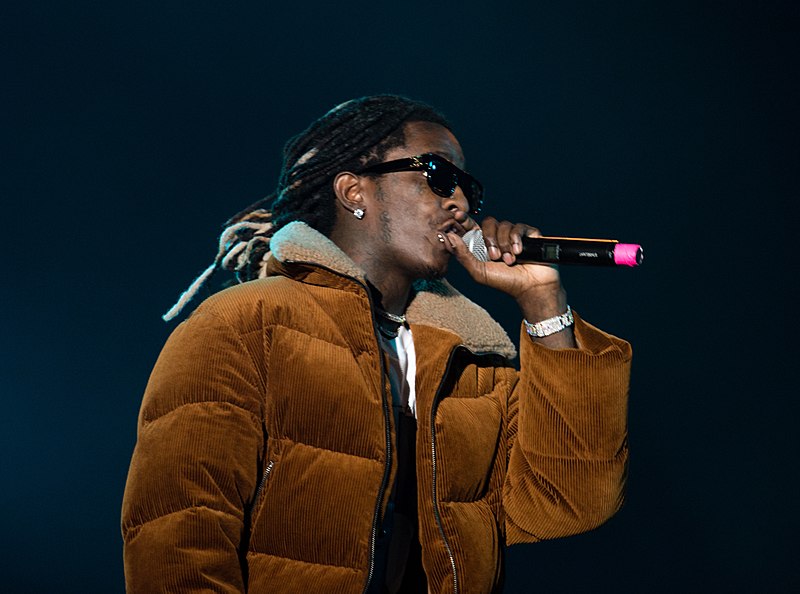 Young Thug performs live in the Netherlands. This Atlantan-Haitian native has changed the view of the rap scene.

The YSL artist Young Thug released his first studio album release with “So Much Fun” on August 16th, 2019, with record labels “300 Entertainment and Atlantic records”, executively produced by J. Cole. The Atlantan-Haitian native mixtape rapper has changed the view of the rap scene, and changed the Atlanta rap sound, with previous mixtapes entitled “Slime S3ason” and commercial mixtape “Barter 6” by the age of 22. Young Thug produced hit tracks such as “Check” and “Halftime” under the same label, both bringing in enough clout for the YSL artist to be featured on Gucci Mane’s 1017 records roster. So, did his long-awaited debut album live up to the hype?

Working with the newly signed YSL artists Lil Baby and Gunna, Young Thug brings a new sound to rap’s most popular Hip Hop/Rap music genre. With features ranging from rap veterans Machine Gun Kelly to contemporary stars like J. Cole and Travis Scott, the album adds to Young Thug’s discography. After the failed attempt to push out a new sound with an attempted Country project titled “Beautiful Thugger Girls”, Young Thug shows a stunning comeback with “So Much Fun.” The album drop helped Thugger reach his first U.S number-one album and his fifth to place in the top 10, all by the age of 28.

The album contributes a wide array of new sounds towards the YSL artist’s career. With much of Young Thug’s music considered to be “mumble” or even just plain out “nonsense” to many listeners, the album conveys fun vibes and good times. In a NO JUMPER interview, Young Thug justifies his album. “All of the songs are like parade music. It ain’t no storylines to it. This is all about fun. If you’re not having fun or in a fun mood, don’t even play this album,” Young Thug said. The album, in my opinion, brings exactly what it claims to do to the ears of the listener: “So Much Fun.”

The album’s tracklist brings this year’s best lineup of fun-provoking summertime songs including a great 7-song run that never fails to make me rewind and listen all the way through again. Songs like “Sup Mate”, “Hot”, and “Surf” and more, are arguably this year’s hottest songs with much replay value.

Along with bringing on great features that are appropriately assigned to every song, Thugger also delivers great flows and melodies with solo tracks such as “Lil Baby” and “Light it up”—which I recommend listening to and adding to your playlist. Young Thug brings light to much of his underlooked aspects in his music to this album, including production and his goofy and catchy ad-libs, which shaped his still-ascending career.

With “So Much Fun” being rated an 8.4 rating and “best new music” by music’s biggest review platform PitchFork, I am proudly able to justify the score. The album brings the listener an indeed much fun showcase of summertime music.