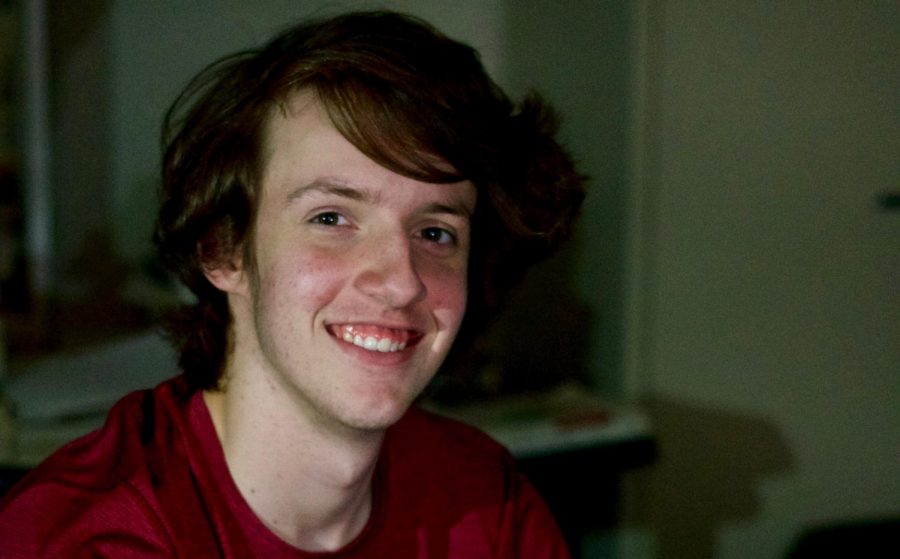 John Boulay spends many of his hours mastering the craft of video games.

“[He’s] a unique and humorous individual that has a real passion for what he enjoys.” - Ian Stark

When it comes to being tremendous there are several people that stand out above all, but one man puts his own twist on terrific––John Boulay.

One thing that makes Boulay stand out above others is his mad skills with a controller. Boulay spends many of his hours mastering the craft of video games. If you ever enter a Smash Bros. Tournament and see your opponent’s name is Gooby (Boulay’s Gamertag) be prepared to get 3 stocked, for you non-gamers, that’s dying three times in a row. “I play Super Smash Bros. Melee specifically, but I play the others as well. In Melee, I main Fox, Falco, Captain Falcon, and Marth whereas in the new one I use Wolf, Wario, and Young Link,” Boulay said.

Outside of the video game world, Boulay is commonly referred to as Chef Boulay. Over the last year or so the kitchen has whipped up a new culinary master. “I enjoy cooking for my family and sometimes my friends. Chicken tikka masala is my signature dish, but Mongolian beef is a close second,” Boulay said.

Another aspect of Boulay’s life is the amount of time he spends watching movies. He is well known as a dedicated Marvel Cinematic Universe (MCU) fan, where he has already seen Avengers: Endgame in theaters at least five times. “I like going to movies–very specifically Marvel movies. Endgame was shocking, to say the least, a very emotional film… It was a great ending, ” Boulay said.

Boulay has also dedicated part of his time helping out at camps. “I volunteer at this summer and winter camp called ‘Winter Weekend’ and ‘Summer Splash’ where I’m a kids counselor. They’re faith-based camps. It’s a good time,” Boulay said.

Heading into next year, Boulay will continue his education at the University of South Carolina in Columbia, South Carolina where he will major in chemical engineering. Boulay knew he wanted to be a Gamecock after doing a summer internship there when he was just 16. “I interned at South Carolina as a chemical engineer with some grad students…I worked there for like 3 weeks, it was a fun time except for the week where the lab flooded; that sucked,” Boulay said.