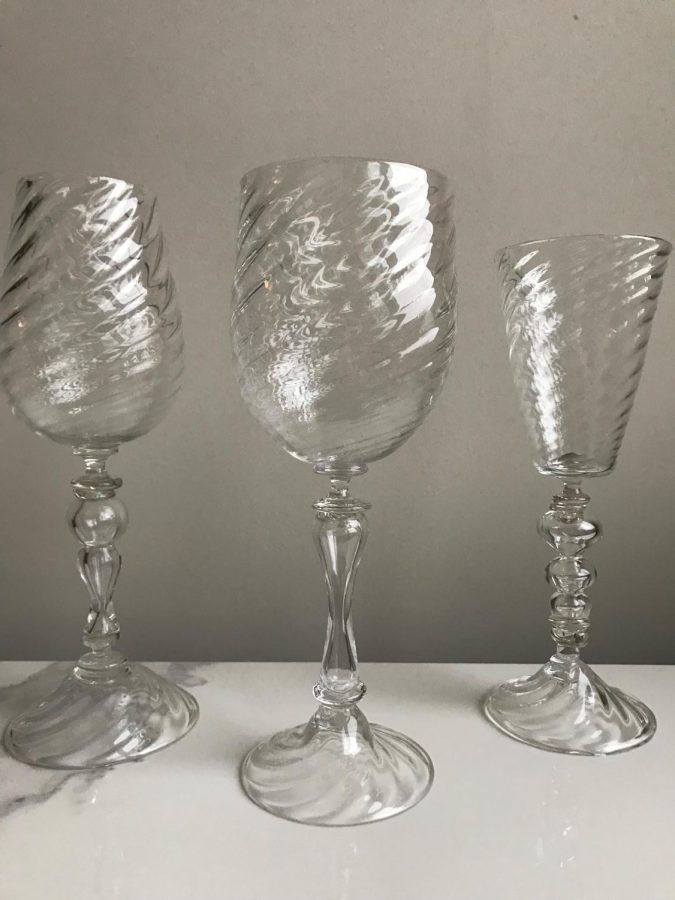 BSM has many different art classes from clay to photography, but one medium that isn’t offered in a classroom setting is glass blowing. Junior Winton Petty recently won the National Gold Key Scholastic Award for his glass blown work.

Petty works at FOCI Minnesota Center for Glass Arts because BSM doesn’t have a place for glass blowing. He became interested in glass blowing about five years ago. “I saw [glass blowing] at the Renaissance Fair,” Petty said.

Petty’s mentor, Derek Hoesteler, was familiar with goblets and Petty was inspired by him to make this piece. Petty titled his work Goblet Series. “My mentor has worked with goblets a lot. I got it from him… I created glass, blue goblets, three hand-blown goblets,” Petty said.

Petty applied for this award in the fall and the process of submitting was fairly straight forward. “I think I applied for it in November… You had to submit a photograph of your work. You had to title it, you had to authenticate it to make sure it’s yours. It’s something that not a lot of kids do. Ms. Rahn recommended it to me,” Petty said.

BSM has students participate in the Scholastic Art competition each year. Student artists each year are recognized at the state level and this year, Petty will also be recognized nationally in a travelling exhibit. “His dedication to developing his glass blowing skills at FOCI is impressive, and we are proud to help celebrate his artistic efforts and achievements,” art teacher Ms. Kelli Rahn said.

When Petty found out he won the award, he was proud. “I was definitely shocked, it took me by surprise. I kind of forgot about it actually. I thought it was pretty neat,” Petty said.