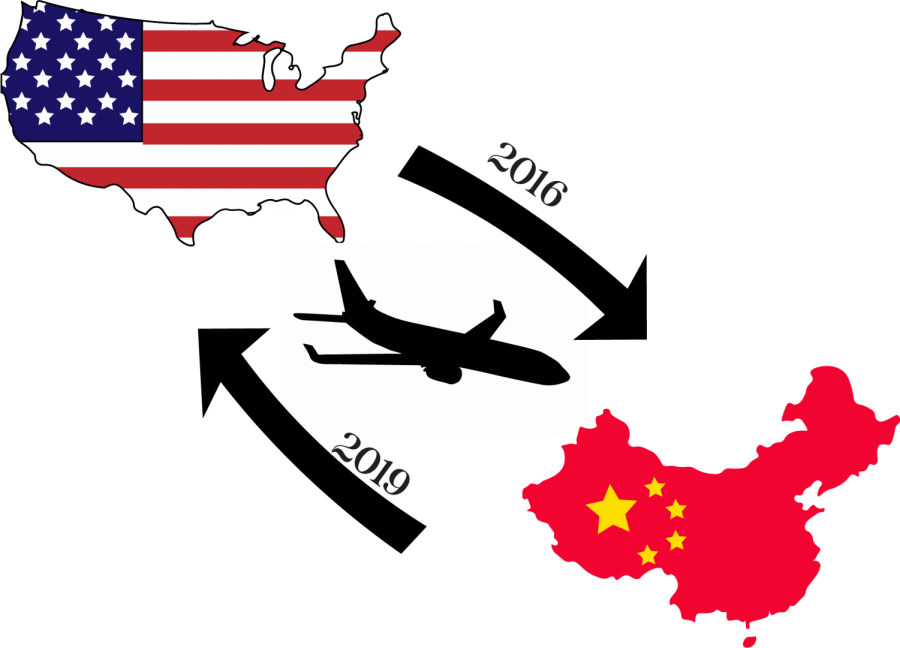 Jason Larew moved to China at the end of his 8th grade year.

As junior Jason Larew entered BSM on the first day of the second semester, things felt strangely distant and oddly familiar all at the same time.

After completing 8th grade at BSM in 2016, Larew’s dad was offered a job to be the Head of Finance for Southeast Asia, India, and Australia/New Zealand, so he and his family moved to Shanghai, China for two and a half years.

This move wasn’t actually that different from some places in the U.S. like New York. Everyone pretty much keeps to themselves. “I would say that the lifestyle is a lot like how it would be in New York City because people don’t really care what you do as long as it doesn’t impact them,” Larew said.

Some parts of Larew’s life in China were quite different than here. “One of the biggest changes, however, would be how much the Chinese people smoke and what they do with their garbage because some of them will just throw it onto the ground making cities pretty disgusting,” Larew said.

While Larew had soccer practice or other activities, his parents were working on their day-to-day jobs such as meeting with the mayor of Shanghai. With this in effect, Larew had to take buses to and from school and wait long periods of time in order to head home. All of this time away from the U.S. affected his friendships as well. “I missed the friends that I had back in Minnesota because I know our friendships were fading as I started communicating with them less,” Larew said.

After staying for a long period of time in a different country, Larew was exposed to food that wasn’t necessarily a part of the American diet. “I ate essentially the same thing except for when I went out with friends which usually ended up with us eating either Taiwanese Chicken, soup dumplings, or other street food. All of the American food ended up being too expensive, so we had Chinese snacks which I [now] wish the U.S. had,” Larew said.

Larew attended Shanghai Community International School and soon learned that there weren’t many differences compared to American schools. 3-5% of the number of students were American, and 15% were Chinese. “It was funny because the students had to learn English which was already my first language. The only difference between schools was that there was a different curriculum (IB) that SLP uses,” Larew said.

Larew came back at the start of the second semester of the 2018-2019 school year. “I don’t know as many people as I used to, and I have also noticed that I act differently than the people here which makes it a bit harder to connect, but I am very thankful for Matthew Sauer and Alex Saffert because they were always there for me,” Larew said.