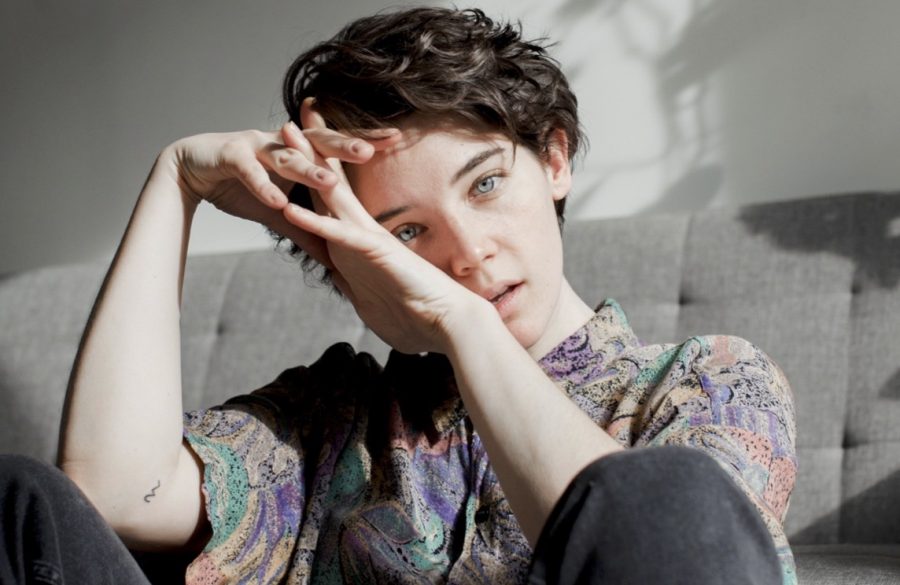 New York based singer and songwriter Sammy Rae just released her first album in 2018. "'Good Life' is a really revealing story about my coming-of-age in this city and the music industry.," Rae Said.

For NYC based singer and songwriter Sammy Rae, her first album The Good Life, was released July of 2018. The album is centered around Rae’s experiences in the city, her own relationships, and opinions on gender.

Rae doesn’t come from a musical family. Instead, she discovered her love for music by participating in both amateur and professional musical theatre throughout her childhood. It was a video of Bruce Springsteen discussing his songwriting process that made everything click. “I was like ‘whoa, I need to learn how to write songs.’ So I started when I was 12, then I just kind of kept on that track. By the time I was 15, I was writing songs and performing them at little venues in Connecticut. Then I moved to New York when I was 18, and formed my band. We started playing as ‘The Friends,’ by the time I was 20,” Rae said.

She was a music student at the University of New Haven and was studying sound engineering and audio technology. Rae was told that music was too tough and she was not good enough, she ended up backing out and went to the Manhattan College in the Bronx to be a teacher. But a couple of weeks into it, she decided that being a teacher was not for her. “At the time I was making another record with another team and that went south and I lost a lot of money, I lost a lot of confidence and I kind of didn’t know what was next. So, I left school and moved to Brooklyn and had no friends, no plan, I had no creative outlet, and then I just had this moment, I don’t even know when it was, I was working for a healthcare startup, I was really miserable, and I was like ‘I just have to force myself to start meeting folks…’ I started to realize I could just go to these events, go to these things people always talk about and meet people. So then I kind of got onto the open mic circuit… Someone would say ‘hey my friend is playing this show, come meet them, come meet the band.’ I kind of just jumped into the scene as an observer, then I started just meeting people…I had these songs, I was like ‘ya know what? I’m going to make another project and I’m going to produce it and I am going to be kind of the head engineer, I’m going to arrange all the parts and like it’s going to be me…’” Rae said.

Over time, Rae’s band has changed. People have left because of other gigs, or it just was not working. Eventually, Rae and her band, The Friends, recorded their first EP titled The Good Life. “It was expensive. Emotionally, financially [it was] a whole lot. I had a relationship with Flux Studios, which is this studio on the lower east side of Manhattan, I had met a lot of people that worked out of there by happenstance… I just kind of went to management and was like ‘listen. I want to make this project, I need your help, I am not 100% financially stable on it yet, but like can we do this thing?’ They said yes, we’ll help you, and they did… It’s really exciting because this record and these five songs are really like my brainchildren. I didn’t really know if it was going to pop or if anybody was going to listen, because I didn’t really have a plan. Like I don’t have a publisher, don’t have a PR agent, so it was like ‘alright, just put it out, see if it happens.’ It happened. Now we’ve got almost 600,000 streams on it and it’s only seven months old… I love that record so much because I didn’t know if people would love it and it didn’t matter because I loved it so much, but then people loved it anyway,” Rae said.

On her EP (Extended Play) The Good Life, Rae pulls her inspiration from all sorts of things. Her inspiration comes from the city, relationships, family, friends, social anxiety, confidence, and gender. “The city definitely provides inspiration because there is constant stimulation… I write a lot about my family, I write a lot about my friends, I don’t think I had like a core group of like true friends until I got to the city and started meeting other creatives and other people that were trying to figure out who they were and like walk their walk. So yeah, I have so many people here that are musicians and just like shared experiences of that… I write about like social anxiety, confidence, and like gender definition and that kind of stuff. Because there are so many people in New York, so many people living so many different sorts of lives, there’s so much going on in New York how can I not be crazy inspired by it? It also does get a little overwhelming sometimes because there’s so darn much happening here… there are so many musicians, there are so, so many like creatives that everybody is trying to do something, so it’s kind of like catch 22. Like I couldn’t actually live the life I wanted fully in my art unless I was here, but that also comes with the fact that there is a whole bunch of competition… something is always happening, so there is always something quirky to write about,” Rae said.

From the Album Good Life, Rae has a connection to all the songs, but the one that she feels most connected to is her coming of age in the city song, titled “Good Life.” “I have a special relationship to all of the songs. ‘Good Life’ is a really revealing story about my coming-of-age in this city and the music industry. It’s about looking around and finding yourself living an attractive life as you’ve been told is the goal and key to success, and not being content. It’s about finally getting a taste of the good life you thought you wanted, and longing for something more authentic,” Rae said.

Through Rae’s career in music, she has learned that Women face sexism. They are not nominated for as many Grammy awards as men, men generally only collaborate with other men, and there are not many women working in radio. For women who want to go into music, Rae has advice. “I see in New York a lot and it aggravates me, that there is a bar that females need to reach, that males do not. That is like I know killing lady bassists, absolutely amazing lady drummers and there’s like this stigma where ‘oh if it’s a band that’s predominantly men, we don’t want to put a lady in the band because… she’s not going to be as good as us. She’ll screw up the vibe…’ So to be a female bandleader, is like I do have to have a little bit firmer of a handshake and a little bit like better of a voice and a more like [a] polished package, than so many male band leaders that I know just in order to break through that wall and get noticed… Don’t be discouraged by the fact that this industry is predominantly men, I believe firmly and all my male feminist friends believe firmly that women are the future of music and the music industry. Keep on going, I know that there’s a bar you have to reach that other people don’t and like males have an easier time reaching, but it doesn’t matter and like who cares? Just power through. Don’t be afraid of your thing and don’t be afraid to go into environments that are predominantly not female-led, because eventually, they will be female led. I see that everyday,” Rae said.