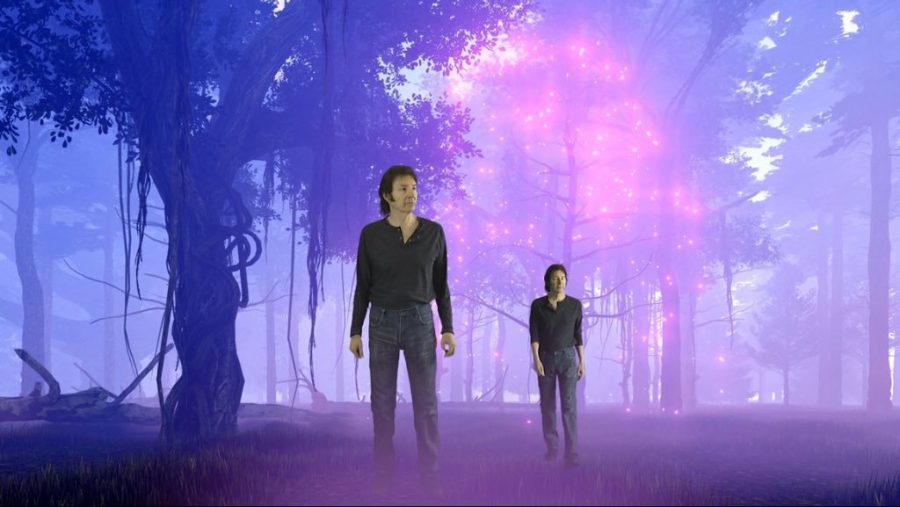 Neil Breen’s newest feature, Twisted Pair, has sold out screenings during its international theatrical run from last October to January. With the status of its home video release remaining in purgatory, it’s a great day to recap its auteur’s glorious career.

Neil Breen got his start as a real estate agent in Las Vegas. Among his earliest film roles are as a Voguer in Madonna’s music video for “Vogue” and as a policeman in Wes Craven’s Scream.

Breen is widely regarded as an example of a modern-day auteur. He controls nearly every creative aspect that goes into his films as a writer, director, producer, and star, occasionally working in casting, makeup, and production design. He even finances his projects independently.

He has released four films prior to Twisted Pair – Double Down, I Am Here…. Now, Fateful Findings, and Pass Thru. The best way to understand his style is to look at his formal debut, Double Down.

In every one of his features, Neil Breen plays either the world’s greatest hacker, or a messianic being. Both archetypes have the same role in the films’ universe – the one who serves as a savior of the world against its corrupt humans, like random politicians. His character here is named Aaron Brand – a fighter pilot, covert agent, and genius computer and satellite hacker who the United States government considered too dangerous to spare. Actually, instead of assassinating him, they went after his fiancée. Why? This is Neil Breen we’re talking about. No explanation is necessary. Now working as a freelance agent and philanthropist for many countries, Brand is assigned from “another country” to shut down the Las Vegas strip for two months. What that country is remains purely conceptual, like everything in this movie.

The movie is peppered with stock footage galore and repetitions of the man himself playing with his tech setup – satellite dishes, five laptops, six cellphones, and many cans of tuna – and running up and down hills in the Mojave Desert. It’s a smorgasbord of great performances, each taking on slightly different variations on the iconic, monotone voice.

One of the central characters is named “Old Man,” but the crowd I was watching this with dubbed him as Ben Kenobi. His appearance reminds Aaron of humanity, I think.

This is a cerebral post-9/11 drama that, as Kanye would put it, “pop[s] a wheelie in the zeitgeist.” It reflects the combination of anxiety and ignorance that has pervaded Americana in the 21st century. When Aaron tells his family about the procedure of a covert agent, he explains the differences between the depictions of espionage people see in the movies and in real life: “Everything we do is done very silently, undercover, and electronically. The public never knows what we’re doing; it’s all done in very, very secret ways.”

On the social commentary of his films, Breen says, “I don’t try to tell people what’s right or wrong. I don’t preach to people. I just sort of lay out something that I think is interesting and thought-provoking.”The plot of this movie is so groundbreaking and just so profound that Neil Breen basically rehashed it beat for beat with Fateful Findings. It’s so incredible that we live in an era where we can humbly reflect on his breenius.