Why we need to shut up, calm down, and listen

In today’s controversial and highly explosive political environment, it can be easy to forget that we’re all people deserving of respect. 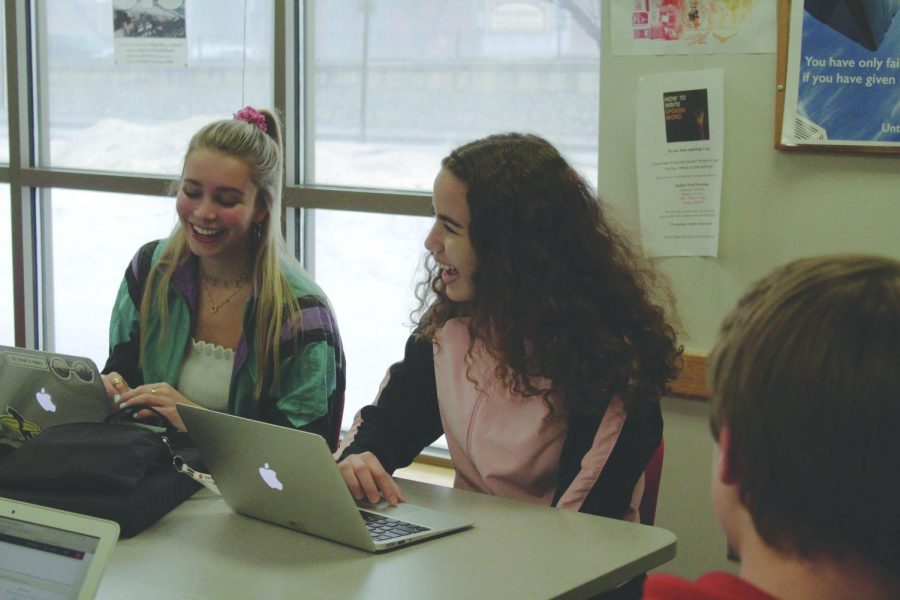 Kailyn Pedersen believes that the key to creating an understanding society is having an open dialogue with each other––listening, understanding and valuing the feelings, thoughts, and opinions of others.

These days, everyone pretends like they want an open dialogue. I hear people championing the power of ‘respectful conversation’ often. But in the land of “Minnesota nice,” it seems to be an empty promise that no one wants to fulfill. Let’s be real, Minnesotans avoid conflict and replace it with a facade of passive aggressiveness and avoidance; when it comes to our politics, it seems like many would rather press their hands against their ears and spin around in circles rather than listen to the opposing side.

And this isn’t just in Minnesota; it’s a national epidemic of separation and resentment that has infiltrated our politics and made it impossible to live civilly. Well, newsflash, and this goes for Republicans, Democrats, and everyone in between. No party is the bad guy, and nobody is perfect. What we have is a difference in opinion, a shift in values, and a lot of people who want to talk, but don’t want to listen.

First, let’s make something clear. Don’t let someone’s political party determine whether they are an informed, ethical, or kind and caring human being––and this goes for both sides of the political spectrum. Having friends of multiple political and social beliefs is imperative for not only personal growth but a greater understanding of the world in which we live. I am a strong proponent for having beliefs and championing them, but beliefs should never hinder a person’s ability to listen to the opposing side.

To lack the ability to listen, or even befriend, the ‘opposing’ side, is to be trapped within a restricted mindset. There are millions of people in America, and yet only two central political parties. The two political parties have become traps that ensnare millions of people into believing that they have to conform to one of two mindsets. We are brought up to believe that we must mold our beliefs to match those of one of the two parties, or else we will be whisked away into the invisible cloud of Independent, where virtually none of the political candidates win elections and there is no central consensus on policy. These labels have the ability to limit free-thinking, and it causes such misunderstanding and separation between people on both sides.

I can be very opinionated. However, I am comfortable acknowledging that I am not informed or knowledgeable on many topics, especially in the political realm. My perception of the world around me and the issues of our country are constantly evolving as I develop in my thought process, hear other viewpoints, and become more knowledgeable. My own growth would have been stunted if I had shut down every time I heard something I didn’t initially agree with. Yes, there are extremes on both the Republican side and the Democratic side, but that doesn’t mean that all Republicans are homophobes or racists, and it doesn’t mean that all Democrats are anti-American communists.

I can’t count how many times I have heard someone say that they won’t be friends with a Trump supporter because they can’t be around anyone who ‘could possibly’ have those views. On one hand, I can conceive why someone would say that: Trump’s rhetoric has unfortunately alienated groups of people and caused pain for many. However, that doesn’t mean that all of his supporters should be shut out immediately. How can we, as a country, hope for a middle ground if each side runs away in the sight of their ‘enemies?’ To despise a supporter of Trump before they open their mouth is, in itself, intolerance. And, vice versa.

The reality is, while there are definitely extremists on both sides of the spectrum, most people want what’s best for the greater good, but they disagree on the best way to get there. For example, when it comes to immigration, some people see the wall (I know, touchy subject) as a symbol of racism and misunderstanding. How could America turn its back on refugees seeking shelter? How could we vote on something that seems unethical and cruel? On the other hand, many acknowledge the brokenness of our immigration system and see a wall as a possible, or definite, solution. How can we let Americans suffer and let people enter our country without proper documentation? How can we turn our backs on hard working American people and give away opportunities to those who are undocumented?  Both sides are not necessarily coming from a place of bad intentions, they just champion different values. One side focuses more on compassion for the struggles of refugees and those attempting to enter the country, while the other focuses on maintaining a strong government and loyalty to the American people.

To sum it all up, please don’t stop dialogue if someone doesn’t agree with you, even if it’s about something controversial. I implore everyone to listen, and not just listen, but comprehend and understand. Let it soak in, even if it makes you angry, uncomfortable, sad, or even confused. The human experience is so diverse and rich, and we all have different perspectives and experiences that contribute to our beliefs. None of us have all the answers. And, we never will. All we can do is pursue knowledge in all its forms: we can be aware of bias in the news we consume and attempt to diversify sources, listen to first-person accounts of many different people (not just those we agree with) and make informed choices based on our values and the facts.