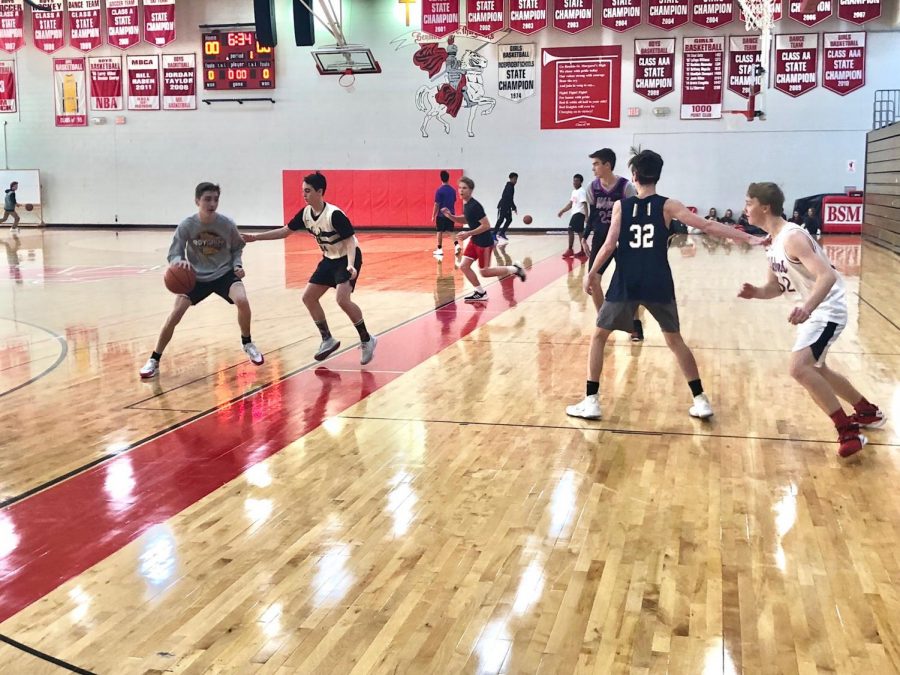 Week 4:
Week 4 of CBA consisted of a couple of comfortable wins for teams as well as a couple automatic forfeits. Big Fellas beat Shmony team with a resounding 26-12 final score. Kittens and Jazz cabbage both picked up automatic wins because of no show forfeits from Sophomore Girls and the again absent VBS Team. The Raging Rygregs remain undefeated as they survive a scare from the Magenta Half Bars. Boujee Gang and C Squad both had a bye. The Big Fellas and the Raging Rygregs are the only remaining undefeated teams in CBA.

Week 5:
Week 5 was high scoring for most games. Mr. Groess’s C Squad beat The Kittens 17-10. The Big Fellas beat Boujee Gang 15-10 off a big game from William Valley. Jazz Cabbage blew out Shmony 40-20 in the highest scoring game in the entire CBA this season. It seems VBS Team accidentally signed up for CBA as they again are a no show, this gave Sophomore Girls an automatic dub. The undefeated Raging Rygregs had a bye along with the Magenta Half Bars.