The Minnesota Timberwolves organization needs to get back on track

Brendan Amaris thinks that the Minnesota Timberwolves have tons of potential, but they have to utilize it correctly if they want to succeed again. 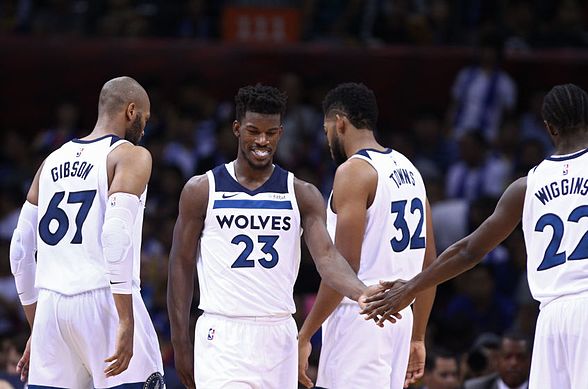 To truly succeed in the NBA, the Timberwolves need to be far more consistent and balanced.

The Minnesota Timberwolves have gone from the worst team in the west to a top three seed contender and back down to their old levels in just three years. At the end of the 2016/17 season, the Timberwolves finished 13th in the Western Conference, then at the end of the 2017-18 season they finished 8th in the West, but they were a top-four contender until late in the season due to some key injuries. At this point in the 2018-19 season, they sit at 9th place in a tight western conference. They need to be much more consistent than this.

The Wolves are finally past the Jimmy Butler drama and looking to move forward. Karl Anthony Towns is under contract for at least the next four years, and Andrew Wiggins is signed through 2023. This is good for the future of the organization because of how Karl Anthony Towns has turned out, and when he is at his best (which is most nights) he is one of the best players in the league.

Andrew Wiggins is a different story. Wiggins is a great offensive player when he wants to be, but he doesn’t seem to care about playing defense or winning at all. This is a problem, especially because of the amount of money he is getting paid. He needs to be a lot more consistent. Minnesota fans were booing Jimmy Butler because of the way he called out his teammates, particularly Wiggins and Towns for not wanting to win and being lazy. Now, while I never really understood why he called out Towns (I think he is a great player for the team), I understand why Butler was angry with Wiggins’ laziness. Yes, Jimmy Butler went about the whole situation the wrong way, but he had a very valid point regarding Andrew Wiggins, the guy just doesn’t have that winning mentality!

Another problem is the coach, Tom Thibodeau just doesn’t bring any sort of visible positivity to the team, fans, and organization. On the sideline every single game, he just looks angry about something. He is constantly either complaining to the referees or yelling at his players. His coaching decisions are also questionable. As seen last year and pretty much continue to see this year, he overplays his best players a lot and doesn’t give the young guys enough time. Towns and Wiggins may play better if he gave them a few extra minutes of rest every game. Rookie Josh Okogie has impressed when he has been given the chance this season and deserves a lot more game time.

To truly succeed in the NBA, the Timberwolves need to be far more consistent and balanced. The squad is full of talent in many different areas and has so much potential. If Thibs could be a little more positive, Minnesota could grasp that winning mentality and all of the “potential” would turn into championships.