The pros and cons of Secret Santas

KE Writer Sophia Ludwig loves the Christmas season, which is why she is writing about the gift giving practice of selecting Secret Santas. 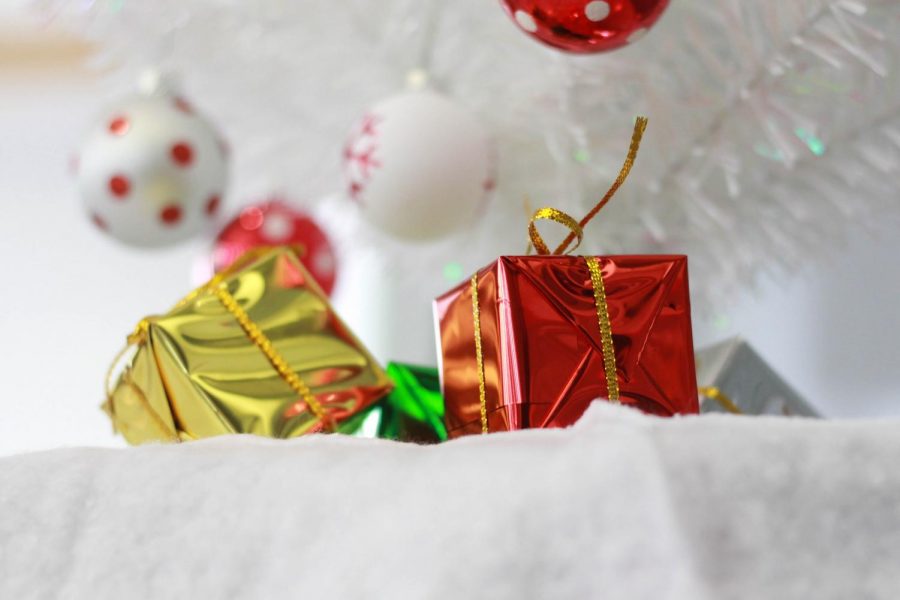 Even little packages are fun gifts when participating in Secret Santas.

It’s the most wonderful time of the year! Are you wanting to do something fun during the holiday season? Then why not consider playing Secret Santa? In Secret Santa, you and your friends’ names are drawn randomly and each person in the group is assigned to get a series of small gifts for one friend. The price limit is usually set by the whole group. After buying presents, the group gathers together and gifts are exchanged.

Secret Santa can be an enjoyable activity with friends. One of the many pluses of Secret Santa is only needing to buy one gift for a friend, and it eliminates the struggle of trying to find gifts for all friends. It avoids hurt feelings with the amount of money being spent on people.

Not having to buy everyone a gift also saves you quite a bit of money. Saving money at Christmas time can be a huge bonus. One might be able to treat themselves with the saved money.

A bonus with doing Secret Santa is having the privilege of having Christmas with friends, as well as family. It allows the person participating in Secret Santa to have multiple celebrations.

The best part of Secret Santa is that it doesn’t matter if you’ve been naughty or nice – you get a present either way!

Junior Joey Trella loves Secret Santa and recommends all to participate in it. “I love doing Secret Santa because it gives you the mystery of your Christmas present between your friends. People should do it because it’s a fun way to celebrate the holiday season,” Trella said.

However, as with most activities, there are always drawbacks. Having a large group of people with many different styles can create for challenges, and making sure to buy the right gift for someone you don’t know very well can be difficult. Along with trying to find a gift, exclusiveness can be found. If not everyone in the friend group is able to participate in Secret Santa it can cause problems, and people can easily feel left out. In some cases, Gift exchanging requires a certain criteria that the presents need to be. This can cause difficulty in finding a gift that meets the criteria. Also, If you are not at good at keeping a secret then Secret Santa is probably not a good idea.

Junior Sydni Dailey likes the idea of Secret Santa, but thinks there are some disadvantages. “You’re given a price limit which I don’t really like. Also, when you are not as close to the friend you get, it can be difficult to buy for,” Dailey said.