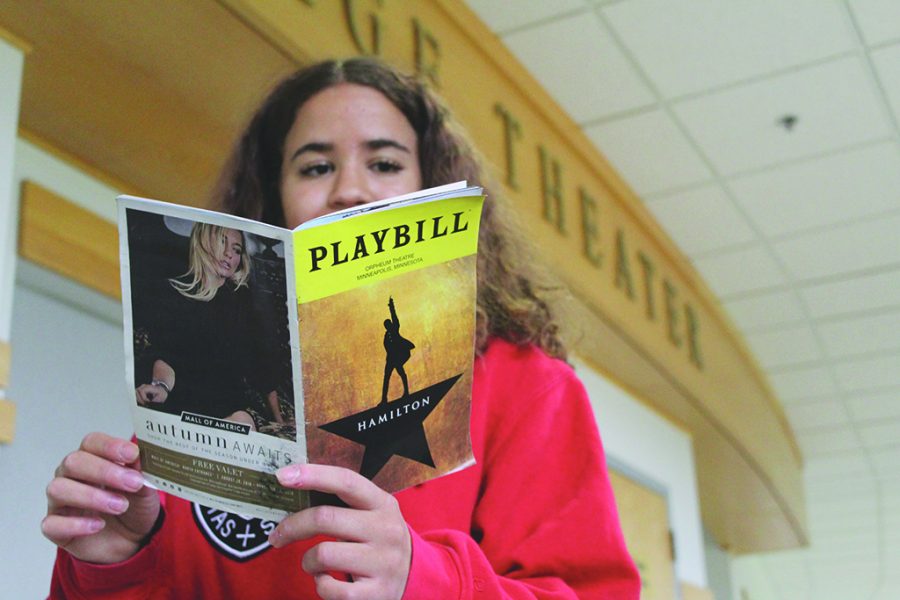 With national exposure and critically-acclaimed musicality, “Hamilton” is a soon-to-be iconic production that has skyrocketed to unexpected popularity and fame in the three years it has been in theaters. Now, Minneapolis fans have the chance to see it at the Orpheum from August 29 to October 7. Fans around the world have devoured the musical’s soundtrack, being able to recite every word with ease, and even the ushers at the Minneapolis performance reminded every audience member not to sing along with the cast.

This musical is easily differentiated from any others in its outreach to not only the theater world but to the world of pop culture. It made history, and continues to, with an album that rose to the top on many Billboard charts, along with sold out shows across America. And with this, begs the question—does Hamilton live up to the hype?

From the beginning, it was unequivocally exciting to hear the sound of familiar songs such as “Alexander Hamilton” and “My Shot.” The energy throughout the cast was apparent; evidently, they were fully aware of the weight of performing such a well-known musical. Despite this, seeing the musical live added a new vitality to each song, with new humor and the unique interpretation of each actor and actress. The power of the ensemble was especially blatant throughout the show; in every song, the ensemble characters filled the stage with their tight choreography and emoted vibrancy. This was further reinforced at the end when the entire cast bowed together; forgoing individual praise.

The set did not change throughout the entire production, aside from the movement of props such as chairs and tables. However, this was the perfect accent to the astounding talent of the cast. A flashy set would have distracted from the production itself. The revolving turntable was also perfect for the constant motion of the production—Hamilton is a musical with fluid energy that is propelled by its unique music and talented ensemble, so the turntable provided a forward motion that was necessary. In addition, the movement of the performers, embellished by colorful lighting was enough to fill the stage and satisfy the audience—although some will never be satisfied.

Although the entire cast was talented, there were a few standout performers that elevated the Minneapolis production of Hamilton. King George (Jon Patrick Walker) was a surprisingly hilarious supporting character, whose presence enhanced the struggle between England and America throughout the plot. Walker employed a humorous characterization of the character of the king, and although he only appeared during a few songs, along with a couple cameos in various scenes, he brought an unforeseen hilarity, eliciting laughs with his every appearance.

Overall, Hamilton provided a compelling performance that is unlikely to be rivaled by any other musical for years to come. While the alternative hip-hop soundtrack may have contributed to Hamilton’s rise to fame, it is not what has kept its prevalence. After hearing the audience’s loud cheers to the line “Immigrants, we get the job done,” it became clear that it is the broad diversity of the cast, along with the perfectly timed political commentary that has made Hamilton stand out from the rest. This combination of talent and genius made the answer to my question clear—Hamilton not only lives up to, but exceeds its own hype, and it will be most definitely running in theaters around the world for years to come.