Students reveal what it is like to own their own businesses 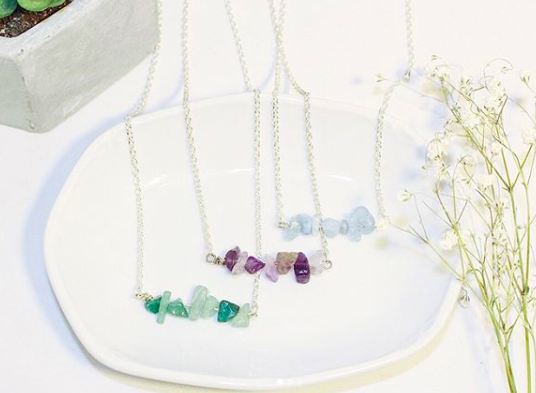 Numerous students have endured the painful lecture about not having a job, wasting time, and hearing the classic line: money doesn’t grow on trees. Thus, some students have found unique ways to grow their income on their own time.

Senior Taylor Anderson owns Kia Ora Designs, a jewelry company that sells necklaces and earrings. She started the company when she was 17 during the spring of her junior year. She was inspired by both of her parents who are entrepreneurs in finance and a creative works company. “I wanted to have something of my own as a high schooler, so I decided to create a website and run with it,” Anderson said.

While in the prototype stage, Anderson would go to Michael’s and grab random items to create the jewelry. As the company started to grow, she started outsourcing to local Minnesota brands. “The agate stones that I get are from Northern Minnesota and a lot of the other pendants…are coming from Uptown and other places in Minneapolis,” Anderson said.

Despite the growth potential of this small business, Anderson has decided to draw back because of senior year and college applications. “It [is] something that was kind of secondhand at the moment, but as soon as that is over, I really want to push to keep creating and keep going with it,” Anderson said.

Senior Claire Lancaster also owns a jewelry company named 212 West that specializes in interchangeable pendant necklaces and bracelets. They have over 50 words to choose from which are etched into the pendant. With select words, they donate five dollars to Operation Freedom, which rescues dogs and trains them to help those coming back from war to return to civilian life.

She started the company when she was 13, but it took two years to launch. “I wanted real world experience because I want to go into advertising and marketing and this felt like a really good way to get started with that,” Lancaster said.

She has already acquired a good amount of selling and marketing experience because she has had to make presentations to the owners of Herberger’s, the Minnetonka General Store, and multiple local stores to get them to sell her jewelry. Getting up in front of the owners was difficult. She overcame the uneasiness and was successful in all of these locations that now sell 212 West jewelry. “[It was] pretty nerve-racking,” Lancaster said.

Senior Sally Calengor, on the other hand, does not own a jewelry company, but she is head of marketing of an e-commerce business called Ultimate Campfire that she owns with her family. The business started a year and a half ago when the Calengor family put a fire pit in their backyard without the knowledge of how to actually build a fire. “[My father] wished that there was something that would support the logs so that way it wouldn’t just topple over every time one burned through,” Calengor said.

They came up with the idea of a welded support system that is sourced and welded locally. It comes in a variety of sizes including a miniature version for people to use while hiking or camping. “It pretty much keeps your fire in the teepee-like structure that forces smoke upwards and away from the people surrounding it,” Calengor said.

All of these students plan to continue their businesses during or after college, and who knows…maybe someone will be on Shark Tank one day.