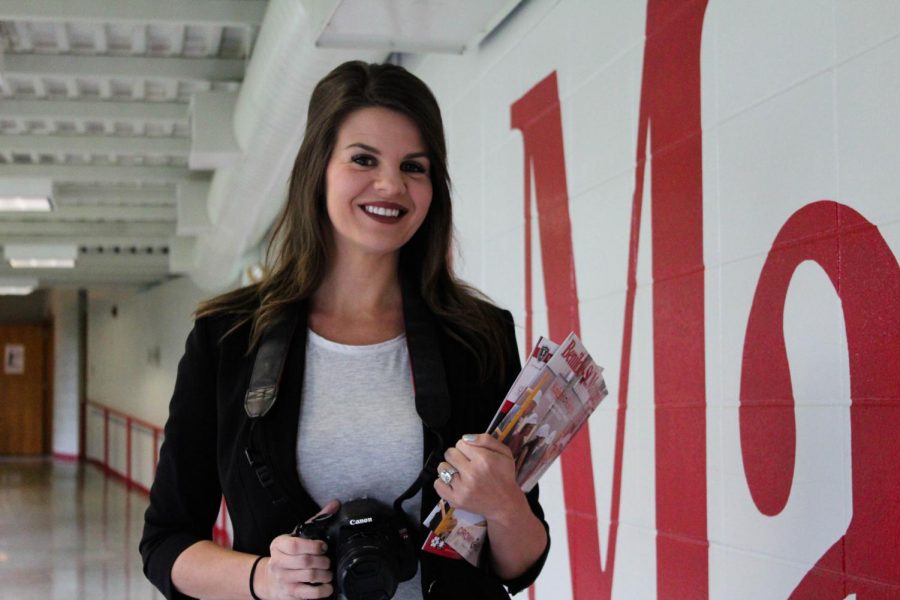 Ms. Megan Brown worked in broadcasting and news for four years before becoming the Director of Marketing and Communications for BSM.

The news is generally a background noise for many. Turning the TV on and having the news channel playing in the morning or at night is common in many households—most don’t think twice about the people hosting, but for the new Director of Marketing and Communications at BSM, Ms. Megan Brown, the news was her job for four years.

Brown always knew she wanted to go into journalism. Ever since a young age, Brown enjoyed writing. Although her high school did not offer any journalism programs, she made sure to take plenty of writing classes, and did creative writing on the side. But there was always something about news that she found interesting. “I think what made the news appealing to me was that it seemed like there was something different everyday, and a new opportunity to meet new people. I enjoyed covering stories I knew nothing about and becoming an expert by the end of the day,” Brown said.

Brown transitioned from print to broadcast. Once in broadcast, she learned to use the video camera, began using social media to share stories, and was able to learn how to become a better writer, producer, and videographer. But there was one piece about the switch that was most surprising: the heavy camera equipment. “I knew I was going to have to carry equipment, but I didn’t know how heavy it was going to be. It was probably forty pounds of camera equipment. I would have to walk long distances in blizzards and in heat-waves. The manual labor of being a reporter was kind of surprising,” Brown said.

Brown’s career was focused mainly around KSAX TV in Alexandria, MN, as well as WHO-TV in Des Moines, Iowa. During her career, she was a feature reporter, and wrote stories on a wide range of topics. One of her favorite stories she reported on was a three-part series on spiritual sites in northern Minnesota. “One was a gravesite of this priest who died when he was really young. He was known as an intercessor, so people would go to his grave and pray and people would say miracles would happen… I went to the gravesite hoping to see someone praying there and I did. It was a woman from Chicago who had emphysema, and they were praying because she didn’t know what else to do. So I followed up with her a few months later and she was almost one-hundred percent cleared,” Brown said.

Her day would often start with a news meeting where she would pitch a few stories to a group and a news director would decide what story would be done. Sometimes her assignment would switch because of a new story. When this would happen, Brown would have to go to the location, set-up, find people to interview, and then she would be on-air. Because of the possibilities, this could cause for her day to be full of different news stories.

Although the career was demanding, Brown is glad that she had the experience of reporting in all sorts of different situations. “I’m excited about the opportunity to be able to tell these stories as director of marketing and communications at BSM. These are the stories that have always been, and will continue to be, near and dear to my heart,” Brown said.