BSM student reflects on his life as a Thai immigrant 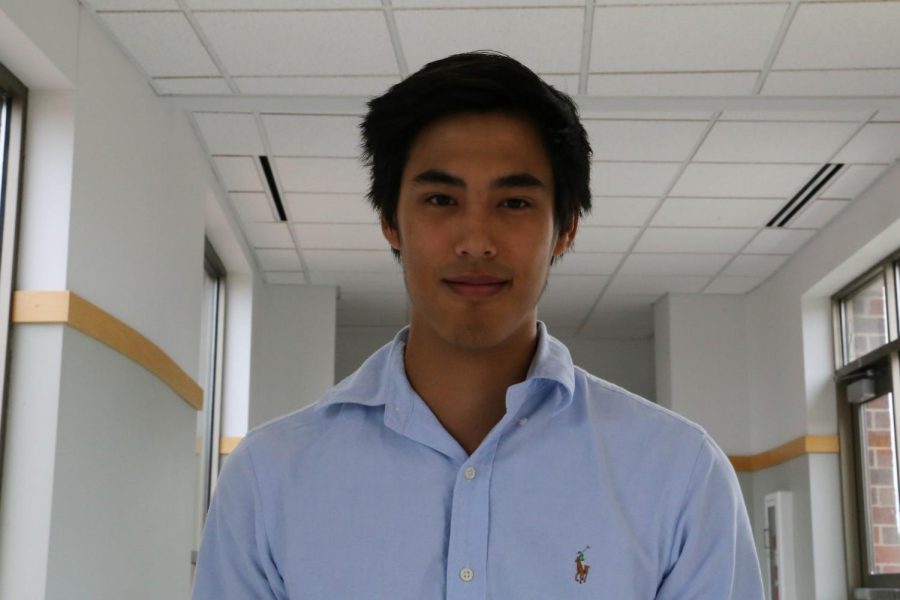 Guy Peeripong will attend Northeastern University this fall. He plans on studying business.

Deciding to leave your family and come to a new country is never easy. For senior Rakpong Pereepong, or Guy as most people know him, the decision was one made for his future. “I wanted to learn English and be exposed to it every day,” Pereepong said.

When he initially arrived in the US, Pereepong barely knew a word of English. “It was very hard being surrounded by a lot of people that spoke a language completely different than mine,” Pereepong said.

After first attending Faribault High School, just south of the cities, Pereepong realized he was better suited for the city life. “I was raised in Bangkok which is a very large city, so I like being around a lot of people,” Pereepong said.

After talking with his parents, Pereepong finally settled on BSM because of the rigorous curriculum, the distinct community, and the proximity to the cities. “There are way more things to do here at BSM and the people here are so much nicer,” Pereepong said.

One of Pereepong’s favorite things to do in his free time is playing golf. “When I was 10 years old, I had the privilege of representing my country at an International Golf Tournament in San Diego California,” Pereepong said.

During this experience, Pereepong met several professional golfers. “After this tournament, I felt inspired by the Pros and how good they are,” Pereepong said.

Upon arriving at BSM, Pereepong was soon known for his exceptional abilities as a golfer, but because of MSHSL rules, Pereepong is unable to participate at the varsity level. Being limited to only JV matches, Guy consistently dominates. “Everyone knows Guy is one of the best,” senior golf captain Jake Leonard said.

Back home Pereepong enjoyed golfing, hanging out with friends, and trying new food. “I miss my friends the most; it has been hard being so far away from them,” Pereepong said.

Although the Thai food in Minnesota might not compare to actual Thai food, Pereepong has developed a love for the traditional American burger. “Out of all the food I have tried in America, Lion’s Tap Burgers are the best,” Pereepong said.

After graduation, Pereepong plans on attending Northeastern University and studying business. “I really liked the city of Boston and Northeastern is a good school,” Pereepong said.

Then, Pereepong plans on returning home to Thailand and living there for his adult life. “I love Thailand and want to go back to be with my family and friends,” Pereepong said.